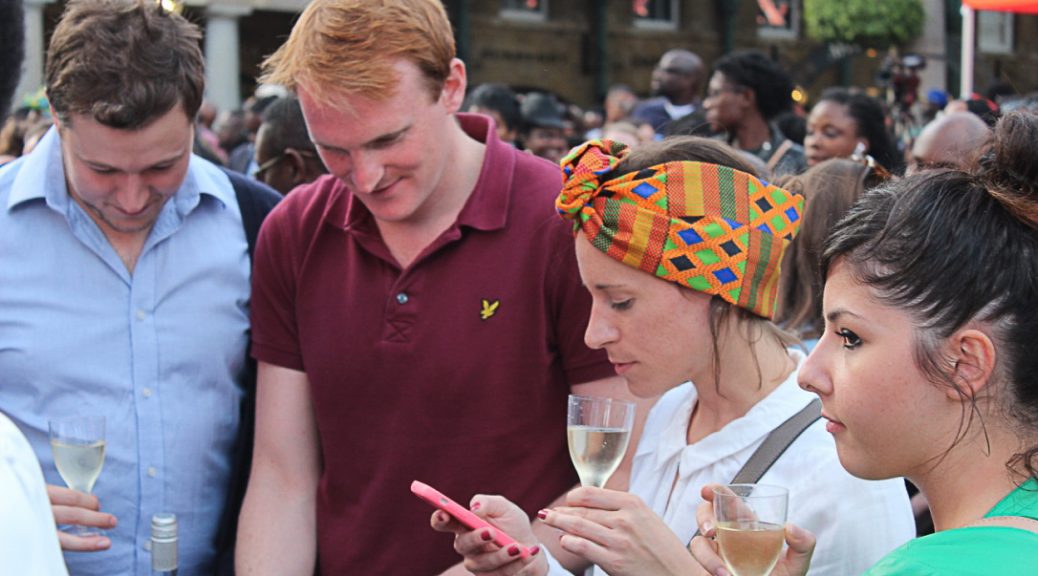 African art, craft, food, music and culture are fast taking roots in London and beyond. You only have to pop into any event with a slight connotation of African culture during the warmer months of the year to see the different style and designs of Ankara and Kente garments donned by men and women alike. Not that these two fabric types are the only African cloth but these are more easily recognisable due to their vibrancy and the amount of people who wear them. In fact there are so many other African textiles well worth exploring such as Akwete cloth, Ukara (both from the Igbo people of Nigeria), Aso Oke Fabric, Adire (from the Yoruba people of Nigeria), Mudcloth from the Bambara people of parts of Mali, Guinea, Burkino Faso and Senegal, Kitenge and Shweshwe from Kenya and South Africa respectively. Did you know that the earliest surviving African textile discovered dates back to the first Century CE? This was discovered at the Archaeological site of Kissi in Burkino Faso.

African food itself is becoming a staple for many as new restaurants serving different African cuisines continue to pop up in the city. That is all nothing compared to the way Afrobeat (a highbred of Jazz, highlife and funk) with West African origins, have taken hold of England. There’s no way you can go to any night club in central London without at least a handful of Afrobeat songs being played to an appreciative audience.

So it came as no surprise when I walked into the Covent Garden piazza area on Saturday the 1st of August to hundreds and hundreds of people happily floating in and out of the area. Covent Garden was truly alive with vibrant coloured garments, delicious smelling food and upbeat sound of music that is unmistakably Afrobeat. The atmosphere was electrifying to say the least.

Because I did not have the opportunity to dive into a massive plate of Jollof rice and Plantains, I was particularly looking forward to being entertained by the lyrical specialist and poet that is Alim Kamara. This young man has a way of playing with words like no other. I have been fortunate to see him perform live on several occasions and he always delivers. In fact he was the only act of the day I could vouch for based on experience. To my disappointment, I was too late and I missed his performance. Imagine my dismay. However, Fuse ODE who performed just after I got there made up for this disappointment. Fuse ODG has become a household name in the UK with big collaborations with Wyclef and Sean Paul in “Antenna” and “Dangerous love” respectively. One of the things that made Fuse ODG a standout act to me is his thirst to show Africa as a thriving continent with much more to offer than the stereotypical and outright wrong image of the continent. His music or should I say movement does not only have good beat but carries a political message and a message of hope for a new Africa.

The event came to a fitting end with the fantastic and soulful performance of the Nigerian French singer and songwriter, ASA. I mean I could write a whole blog post about this woman’s performance and it wouldn’t be enough. Listening to her serenade the crowd with songs such as “Fire on the mountain”, “Eyo” and many more beautiful ones highlights an influence of great artists such as Lauryn Hill and Erykah Badu. Her performance left the very diverse crowd from different background wanting more and a great example of how African cultures have impacted this great city of London.

The festival itself was organised by the Africa centre that has a 50 year history with the aim of promoting Africa’s cultural diversity outside the continent. It literally provides a hub for creativity, innovation and business in all matters pertaining to Africa.

In case you are one of the unlucky ones who did not get to see this wonderful event, make sure to check out the pictures below. Leave a comment and question! And if you were there, then feel free to add to the conversation by posting a comment below. Ta