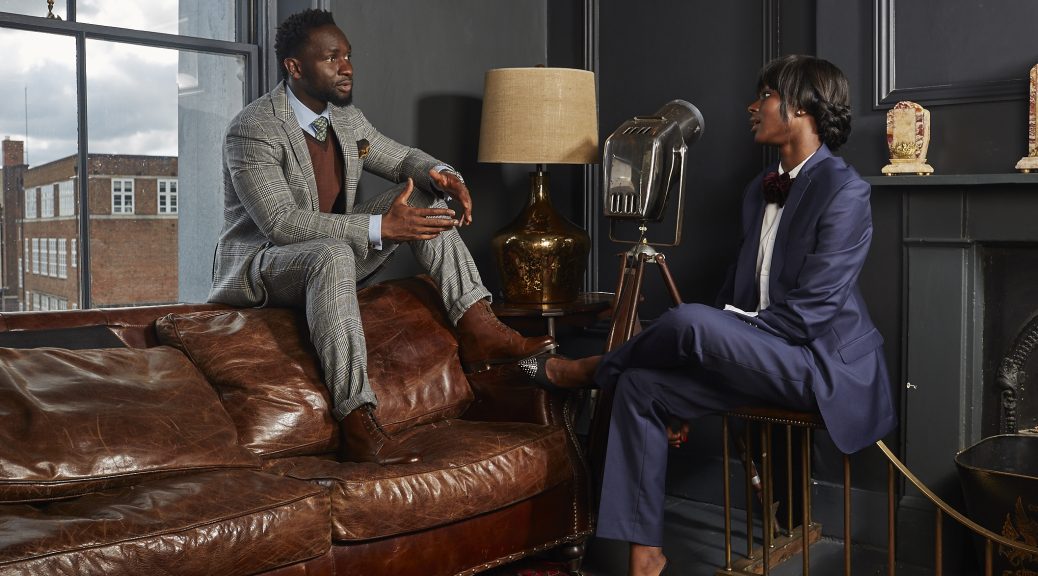 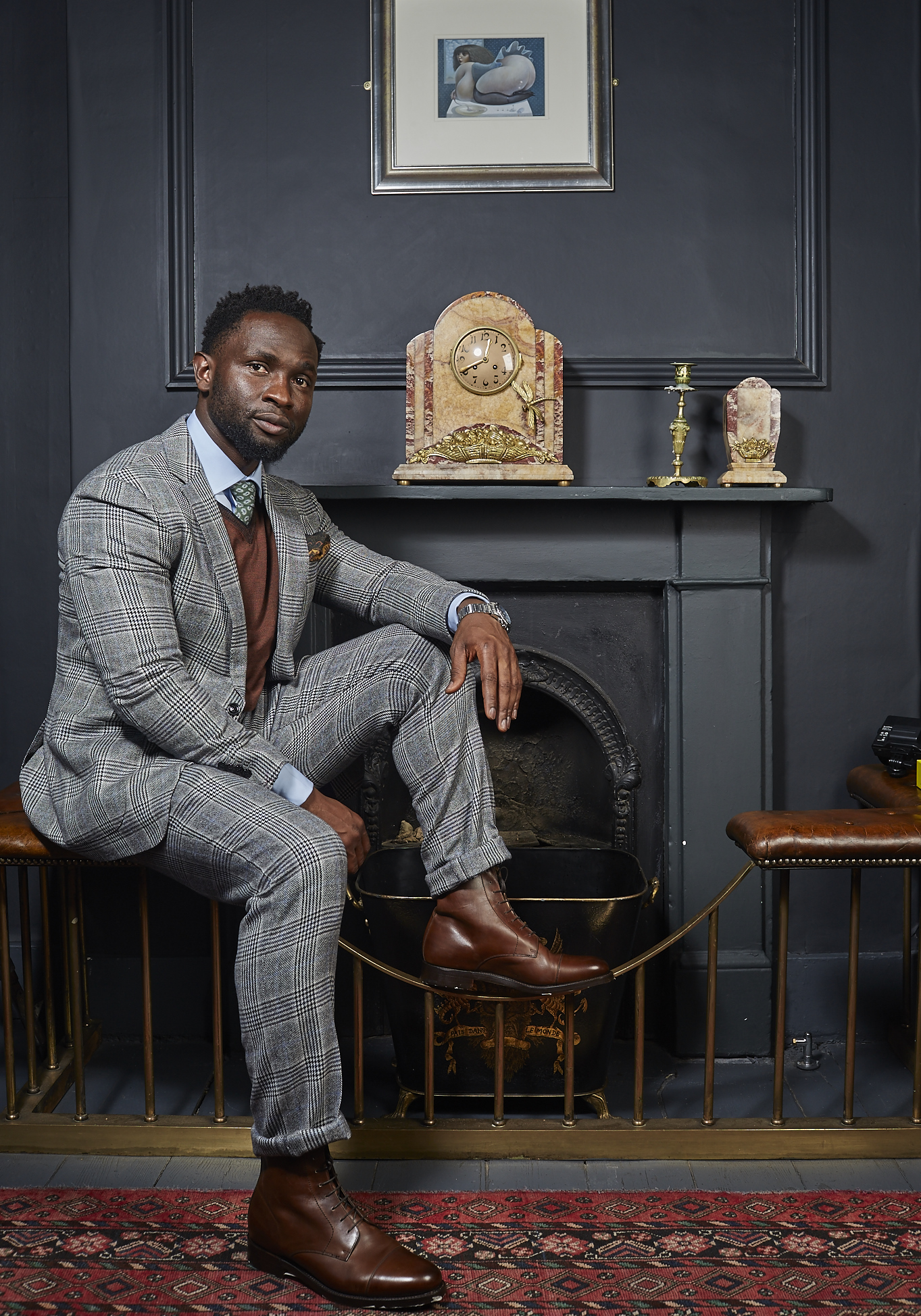 Hello everyone. It’s been over two weeks since I dropped a post on here so before typing another word, I would like to apologise for the silence.

I was meant to share this article with you over a week ago but life took charge. The last couple of months have been very busy but the last two weeks redefined the term and gave it a whole new meaning. No time for a breather but you know what, I cannot complain. From doing shoots with other creative people to chasing the dream of making life comfortable, I have been constantly on the go. I have not had a day off for almost two months but I consider it all a blessing.

My only concern is that the blog had to suffer just a little bit for which I sincerely apologise to all of you. But I’m back now and hope the silence does not repeat itself anytime soon. Here is to consistent blogging for the rest of the year.

Right where was I? This article is a follow up to a previous blog post I did last year featuring men’s clothing on women called “Cuts for him and her – Men’s fashion on the modern woman”. I reposted that article on the 8th of March so have a quick read if you haven’t read it yet. 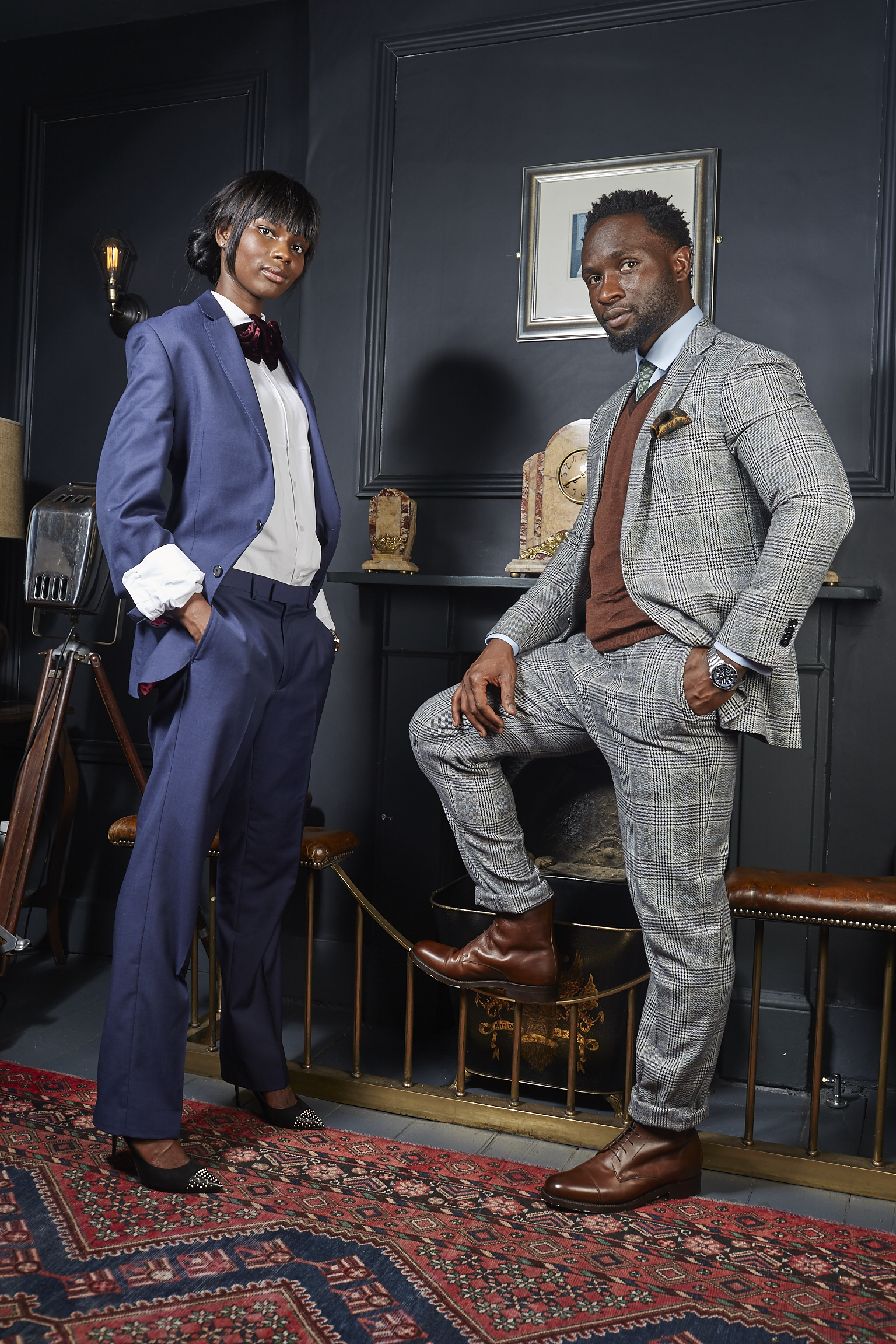 What I want you to get from this post is the versatility of men’s clothing especially tailored wear. Let’s be honest, women have their work cut out as far as style is concerned. There is nothing more powerful on a woman than a suit. The power that comes with a suit multiplies exponentially when the suit is cut for a man. It kind of makes me wonder why more women do not try this slightly unconventional look. To me, any woman who can pull off this look is a boss. So when the idea came up to work on this project, I was wrapped around it like a perfectly tailored suit. Ha. 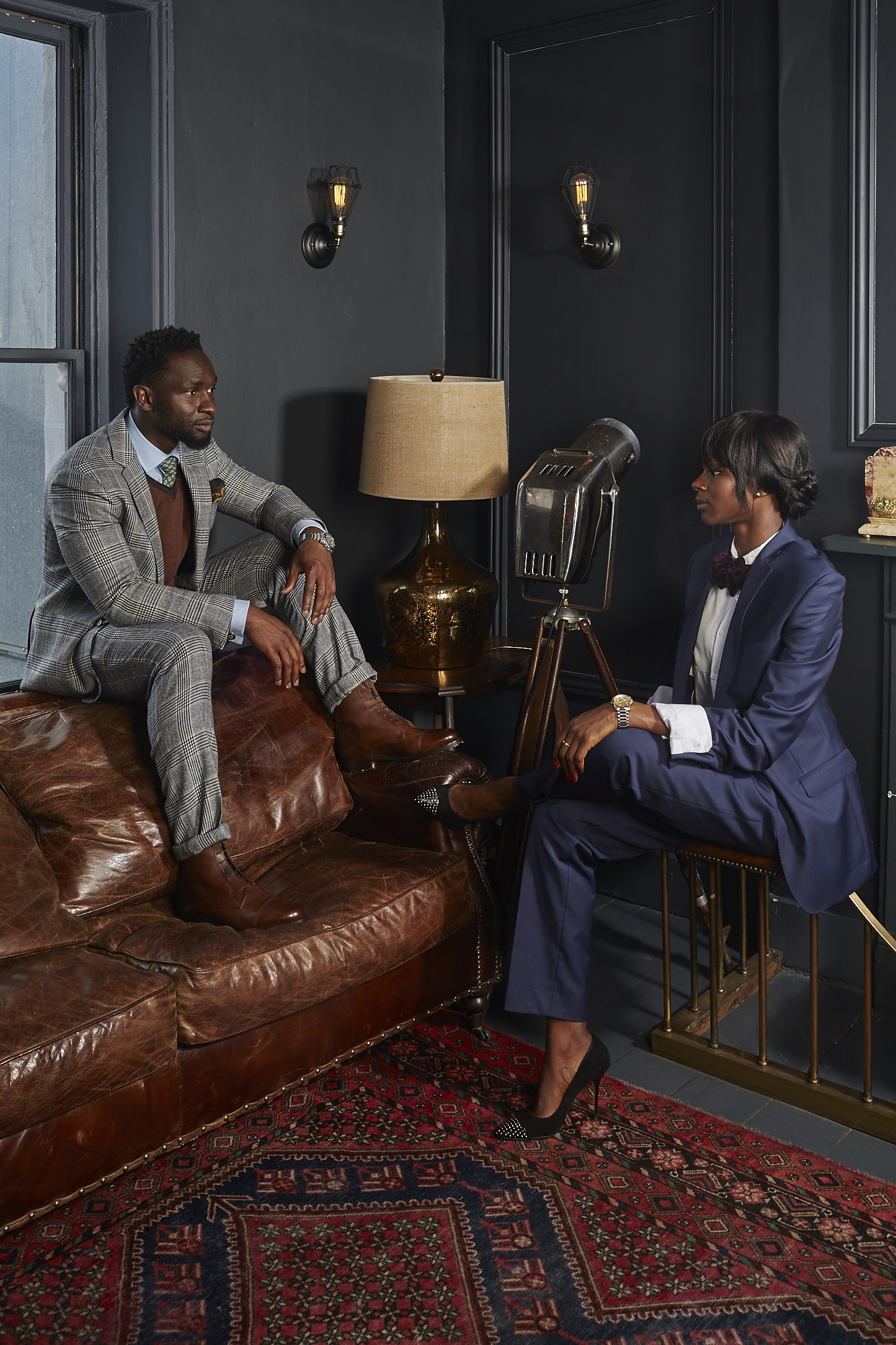 It’s always a pleasure to work with model Kay Jenny and her stylist Rita Colson (Colson Style theory) who beautifully put this look together.

Jenny Kay – the look on Kay Jenny is simple but effective. As I always say, navy is the go-to colour when you want to keep things sophisticated and or simple on the other end of the spectrum, it perfectly ticks both boxes at the same time. The bow tie added a quirky personality to the look whilst the high heels added class.

I opted for a grey check suit which is a welcome break from the colour blocking I usually go for. Determined not to be outdone by Kay Jenny, I used a green patterned tie with a green, gold and brown paisley pocket square. The brown knit jumper holds all the elements of this look together and allowed me to include the brown boots. The jumper also served as a layering garment for additional warmth.

I carefully introduced a hint of streetstyle by folding up my trouser bottoms. If you have been following my dress code, you would have become familiar with this aspect of my style as a way of stripping me of any up-tightness whilst maintain enough character to pull off a tailored look. 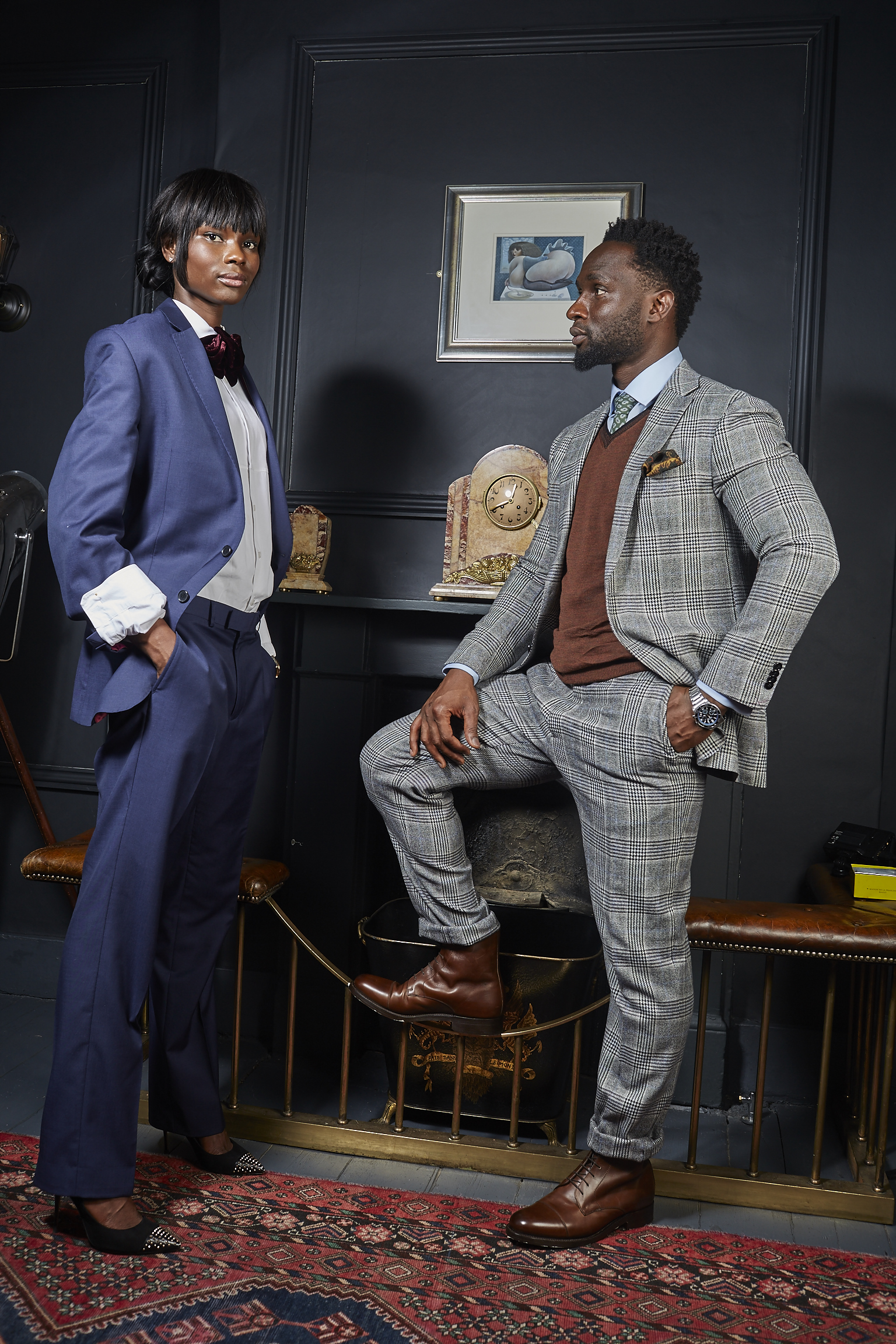 Anyway, enough from me already. Tell me in the comment section what you think of the two looks. I was so tempted to turn this post into a “who wore it better” but let’s not get into that (side-eye). Ladies, would you rock Kay Jenny’s look? Gents, would you like to see this look on your lady? Don’t forget to tell me what you think about my look too.

4 thoughts on “Cuts for Him on Her”