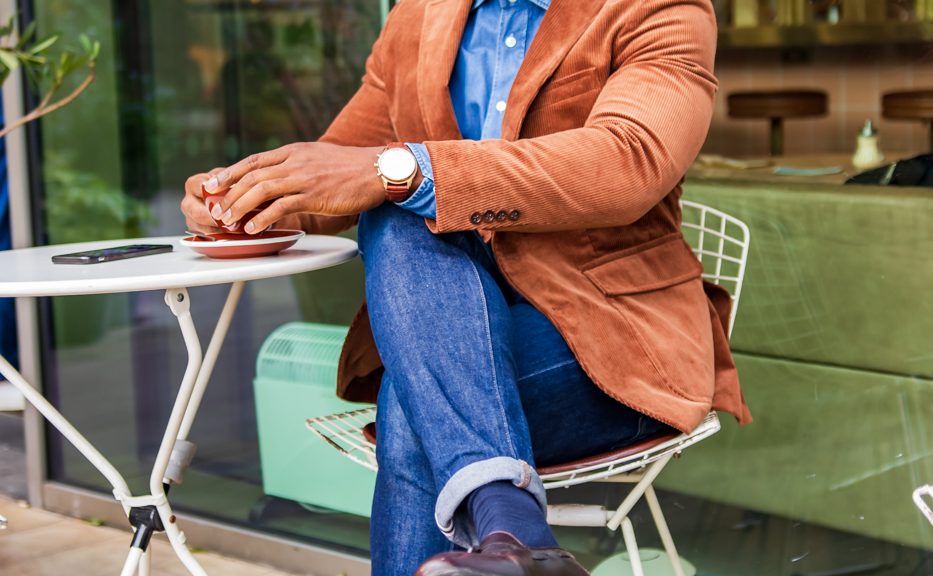 Where do I start? From the beginning, I guess :). Ok, attempt to make a dad joke failed, now back to the real business.

Corduroys were very popular in the 80s and parts of the 90s. As with everything fashion, they were no longer trendy and you wouldn’t be caught dead in them.. Up until two seasons ago, they had a reputation for being for granddads and grandmas. Fast forward to now when Cords have become cool again. Major fashion houses have added them to their collection for Autumn/Winter 2018/19. 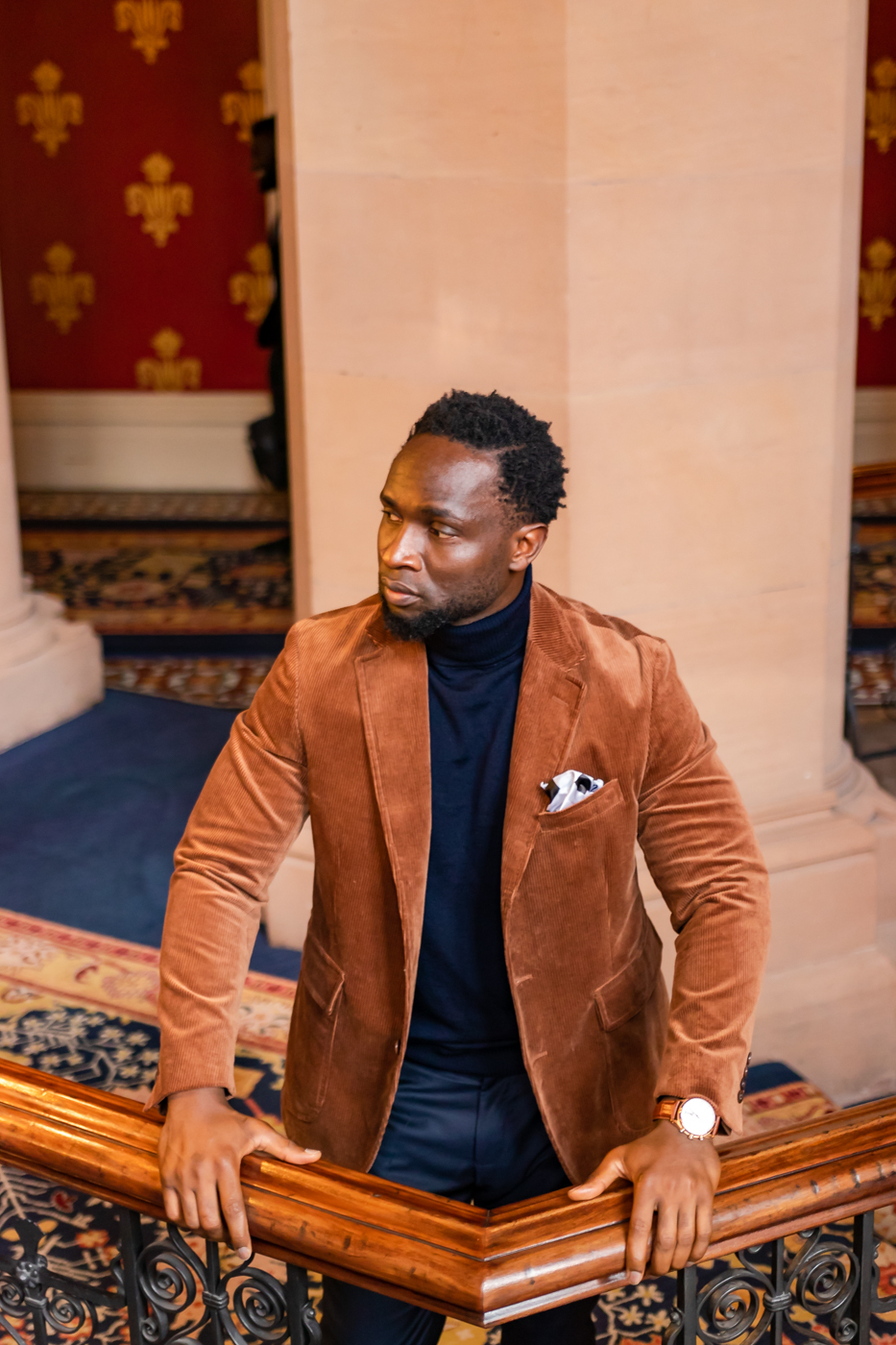 I personally think Cords are more versatile than many fabric types out there. Especially for men, they can easily be dressed up or dressed down. Much easier than denim as they sit somewhere between super casual and smart. I also think they are a good investment for the season as they are warm 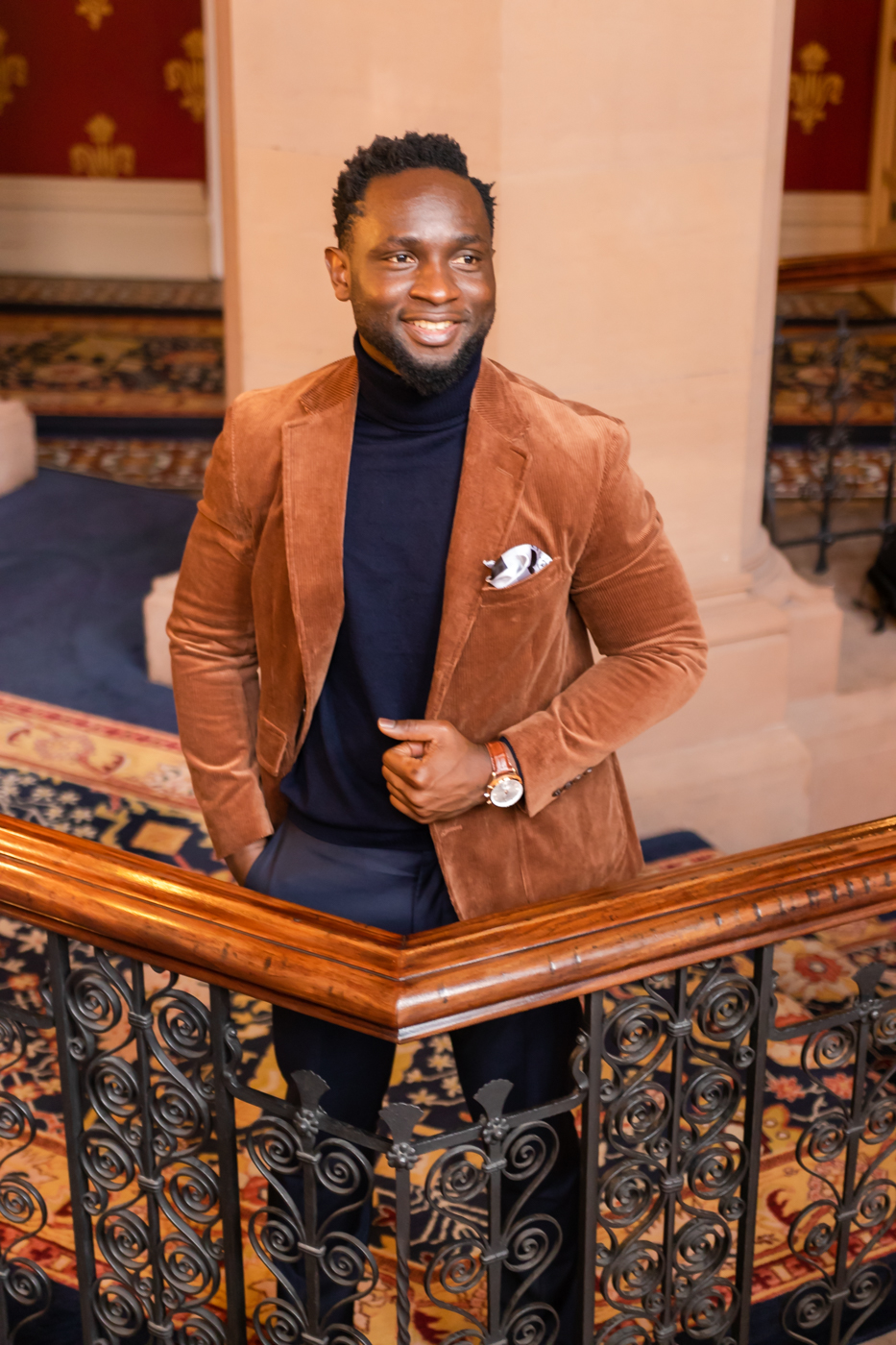 I have teamed up with Canary Wharf management in partnership with Ralph Lauren to show you two ways to style a Cord jacket.

The first is with a navy rollneck and a pair of my formal suit trouser. This is the smart look and would get the door opened for you in a lot of places. The brown tasseled loafers nicely complement the jacket. 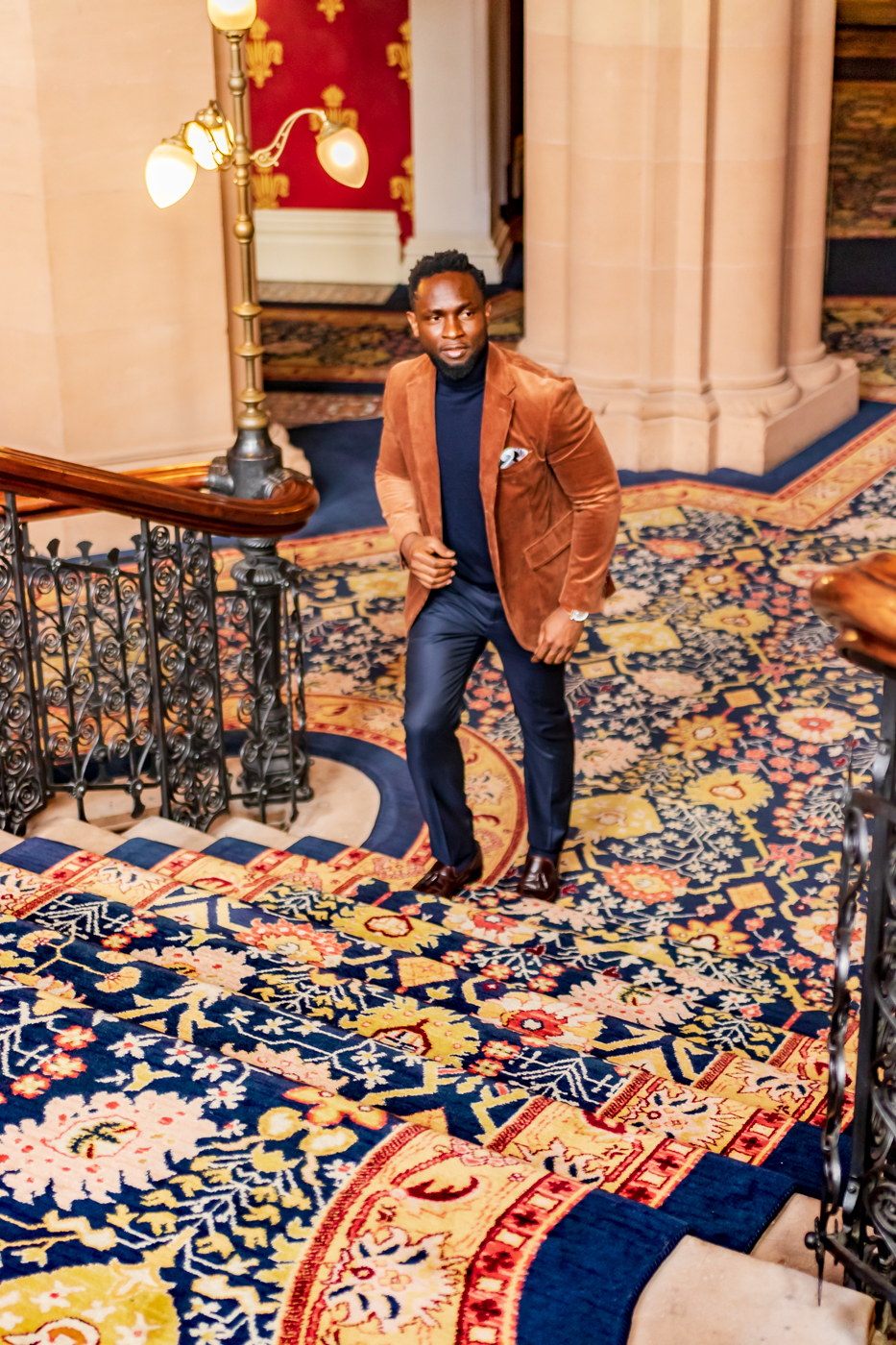 The second look is more casual and is built around two different shades of denim. A pair of my old jeans matched with one of my favorite denim shirts. This look says I am definitely dressing down but I can meet you for a meeting over coffee. 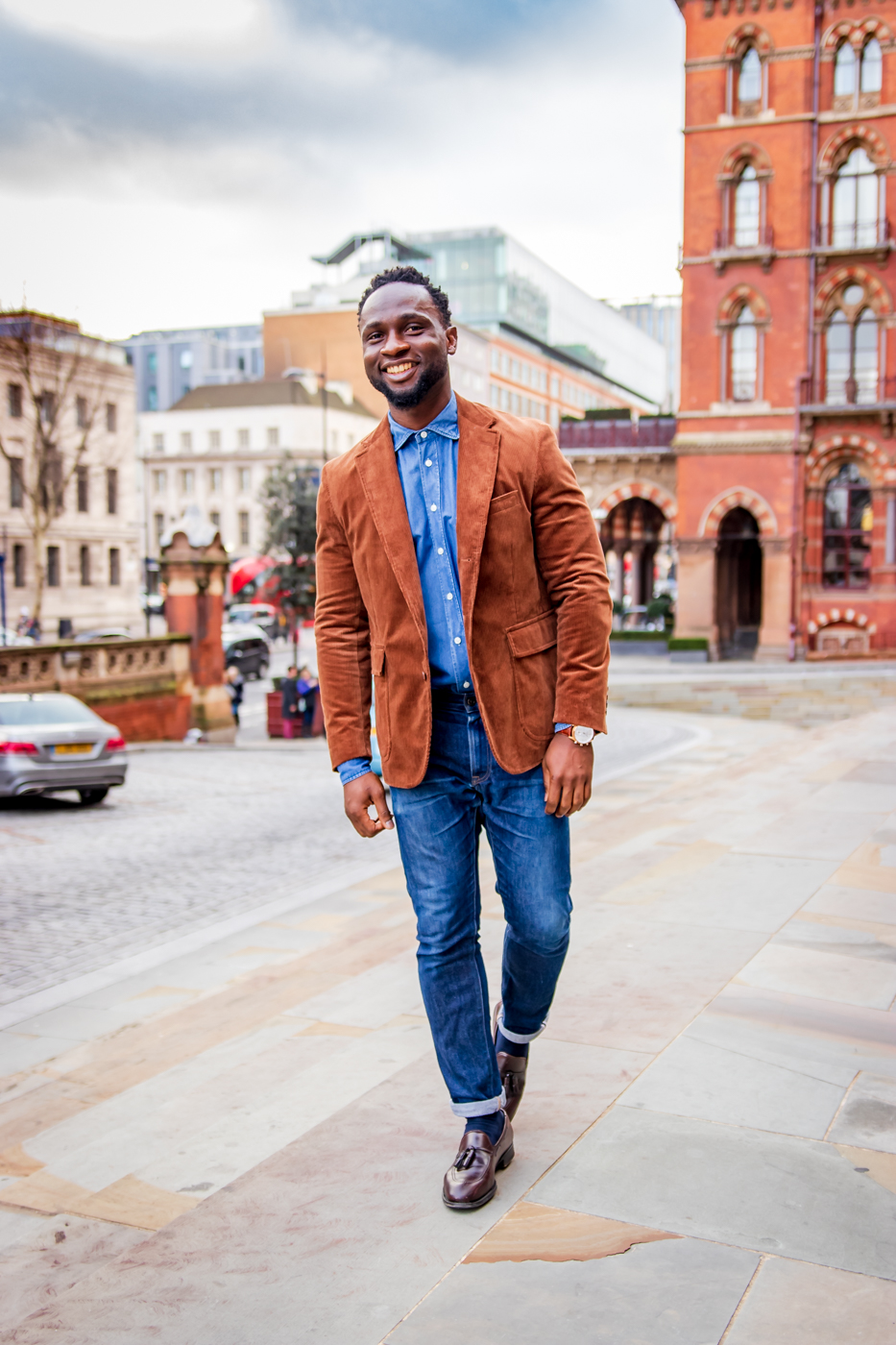 I like both but if I have to choose one then Look number two would be my choice. Let me know which look is your favorite. Thanks for stopping by and do not forget to follow Cuts for Him on Instagram, Twitter, and Facebook. 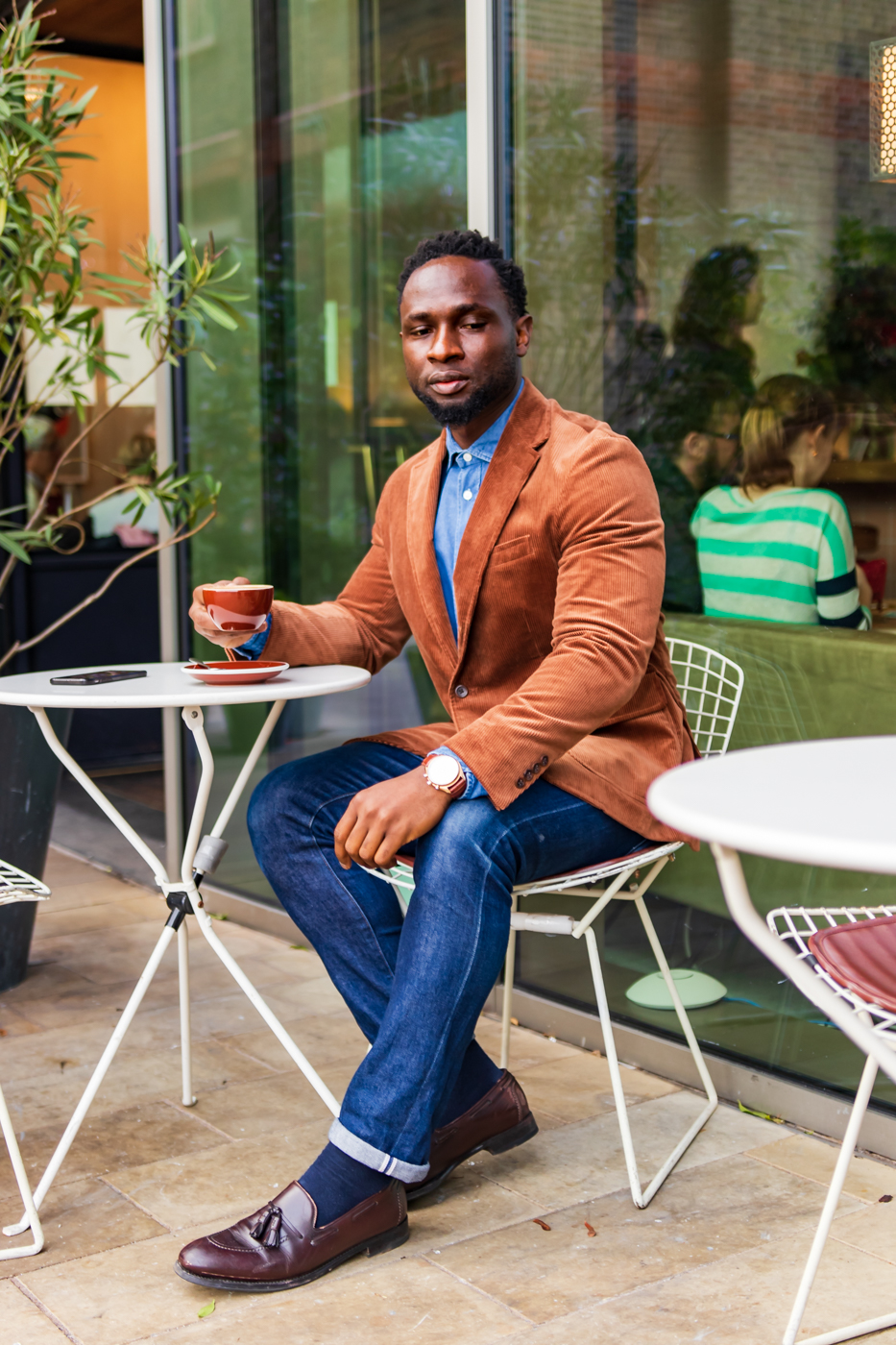