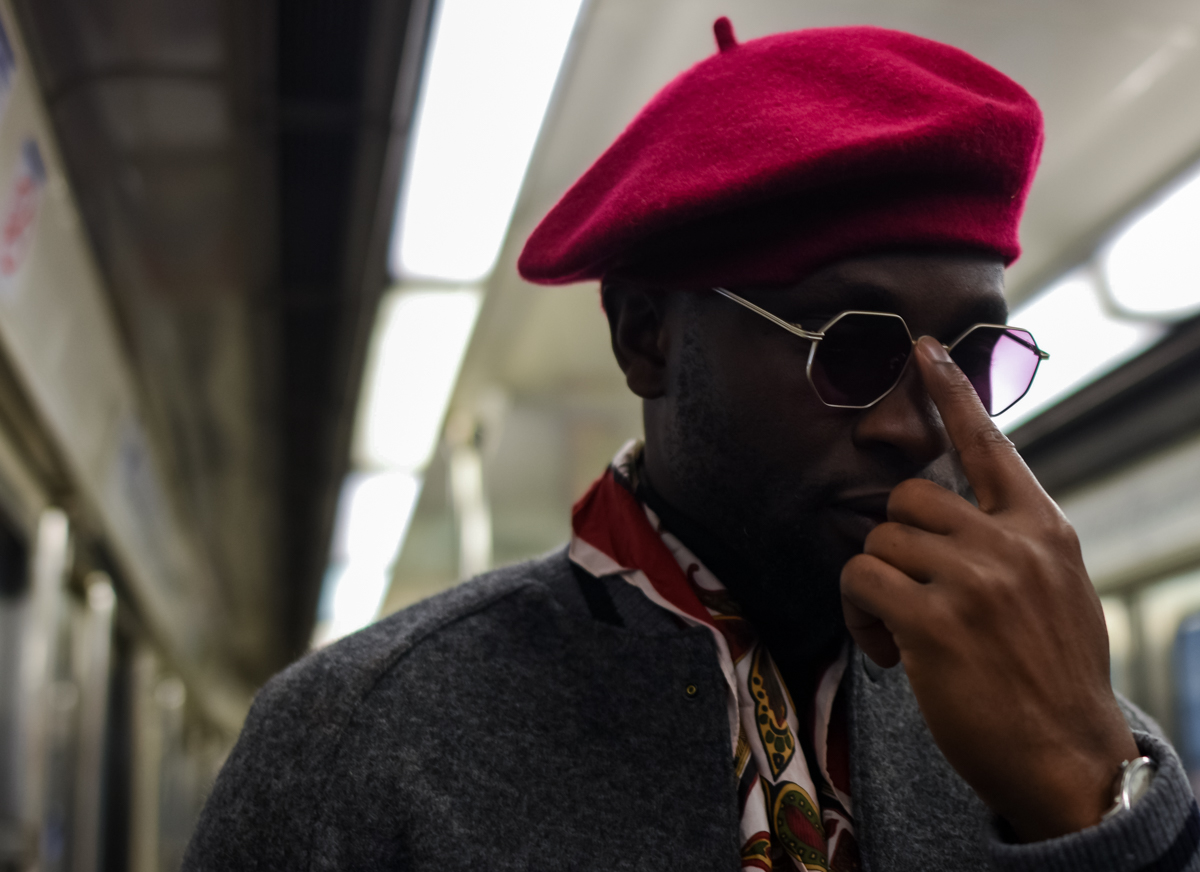 This disc-like shaped headgear made of wool and worn by anyone wanting to look like an artist, a revolutionary or simply wanting to keep warm, looked nothing like its original form. It is said that the beret (then called felt) is a crossbreed between the floppy Petasos hat and the cone-shaped Pileos hat. Yeah, that’s right, I had to google both these hats to see how they looked like. Judging from their shapes, I wouldn’t argue against fashion historians. At the time, this headgear was made from felt as it was simple and cheap material to use.

The 14th and 15th centuries saw the hat been worn in Europe by farmers and artists alike. At the time, the felt was very functional as farmers and artists were the groups of citizens most likely to be working outdoors who are also known to be of the poorest class in society. Unlike the cravat which was worn by the upper class in Europe, the felt was synonymous with the poor event thought both had a military background. The hat was a form of protective headgear against the elements outside. 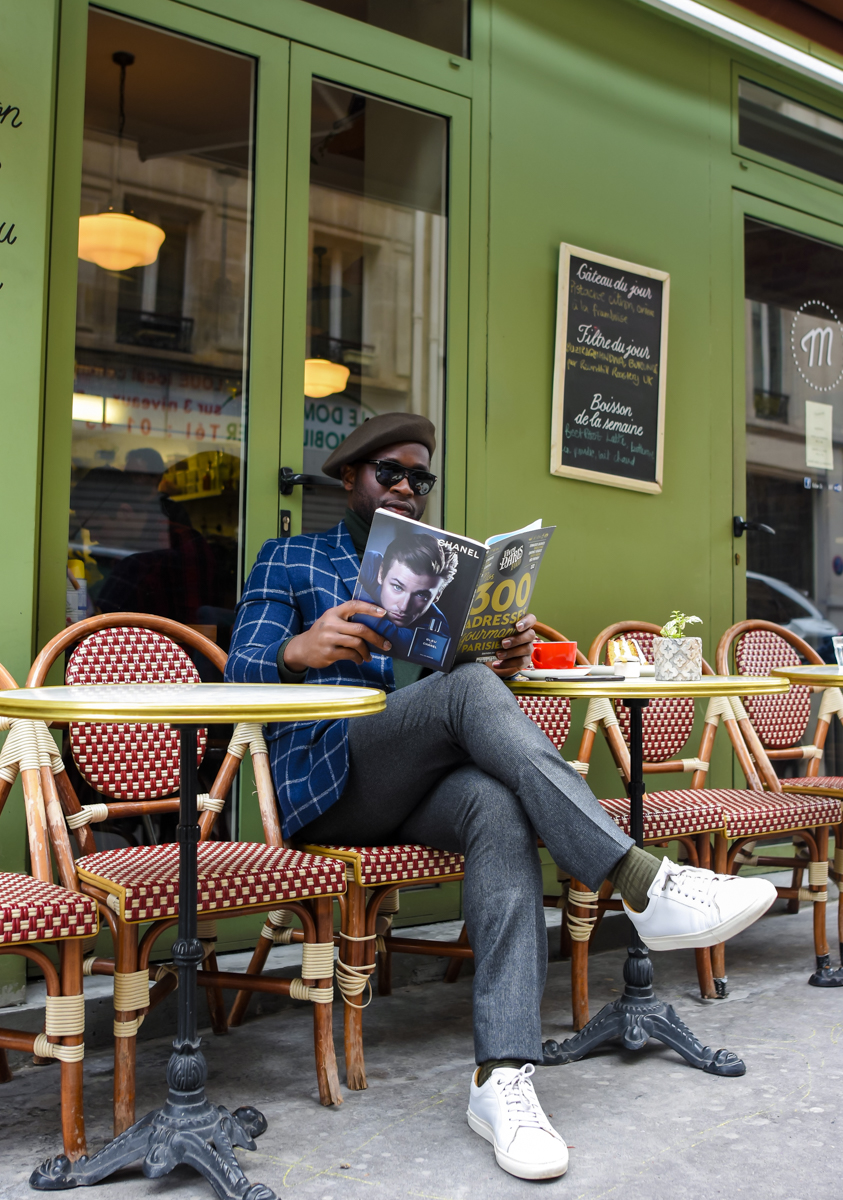 The Beret was first used as part of military outfit during the 1800s in  Spain. The hat was finally known as the Beret (a French word) around 1830 originating from the Latin word Birretum.

Around 1920, the streets of Paris were filled with artists, poets, writers, singers and movie stars who wore the Beret as a fashion statement.

For me, the first image that pops into my head if you mention Beret is one of Cuba’s political revolutionaries, Che Guevara and Fidel Castro. The Black Beret with a silver star is a signature look to both leaders. Controversial as both leaders were, images of them wearing  Beret evoke a sentiment of standing against the status quo. 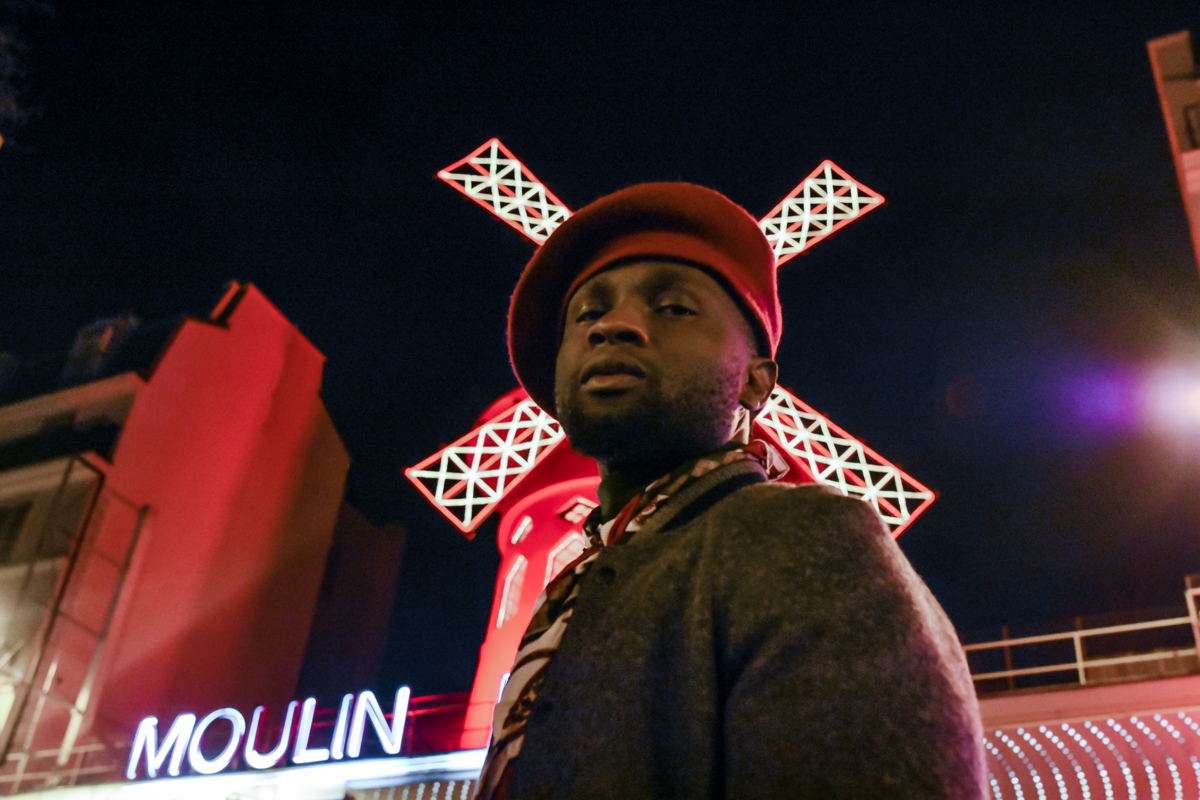 Anyway, now that I have given you a crash course on the history of the Beret, I better get back to styling this headgear. Don’t say you never learned anything from me lol. I have to say that there is so much more to learn about the Beret from the significance of the colour to the way it is worn. However, I will let google be your teacher on this one.

Today, the Beret is worn by military personnel and police officers from around the world as part of a uniform, whilst people like myself wear it as a fashion statement or just to look cool. I have contemplated getting one for many years but never got round to doing so for various reasons. I used the opportunity to get me two during my visit to Paris in March. And of course, what better place to style these noble but yet political and stylish hats than Paris eh. 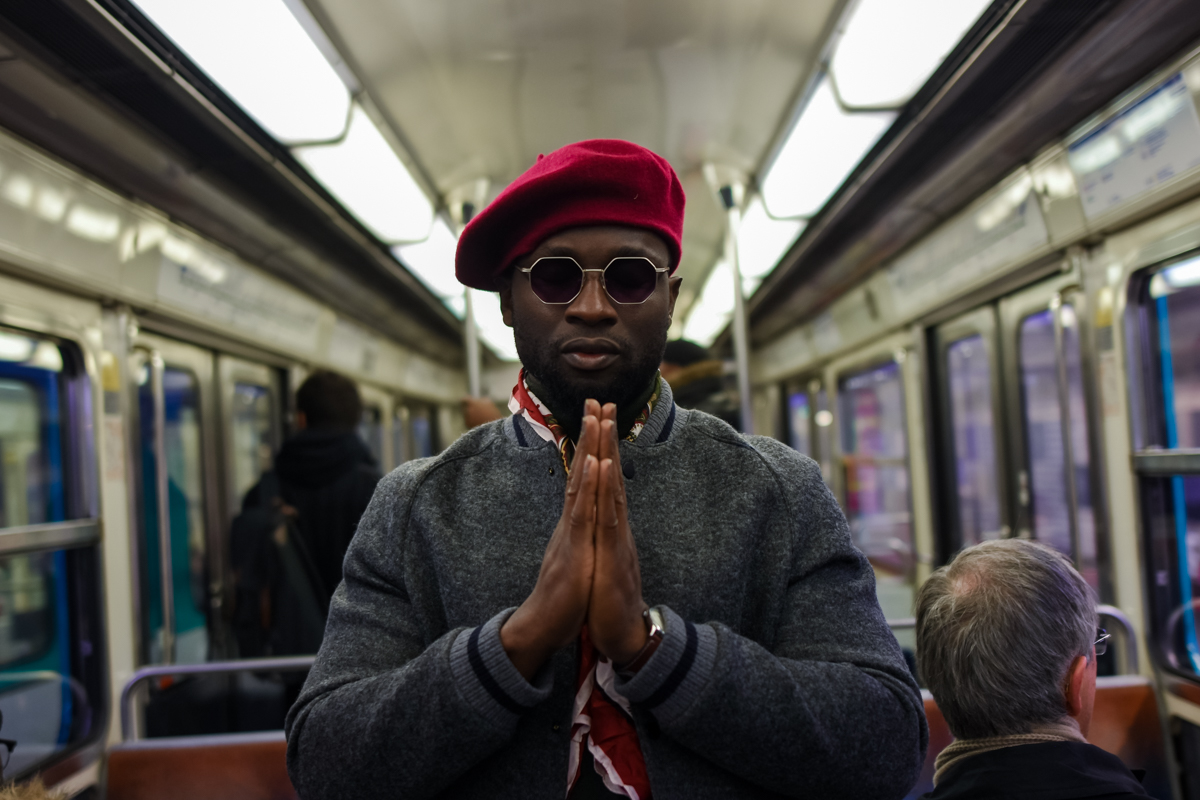 This look has an 80s vibe going for it. I paired a grey bomber jacket with navy details from Tommy Hilfiger with grey trouser from Massimo Dutti to get that consistent look. I wore a military green rollneck to create a bit of contrast around my chest area. My white pair of sneakers are my go-to for anything casual or smart-casual. With a red, white, green and a hint of gold colour on my vintage scarf, my torso is sure to pop against the grey jacket. With this look completed, the red Beret was ready to take its rightful place on my head. The octagon pair of glasses (which I borrowed from my able photographer) completed the retro (80s) vibe. 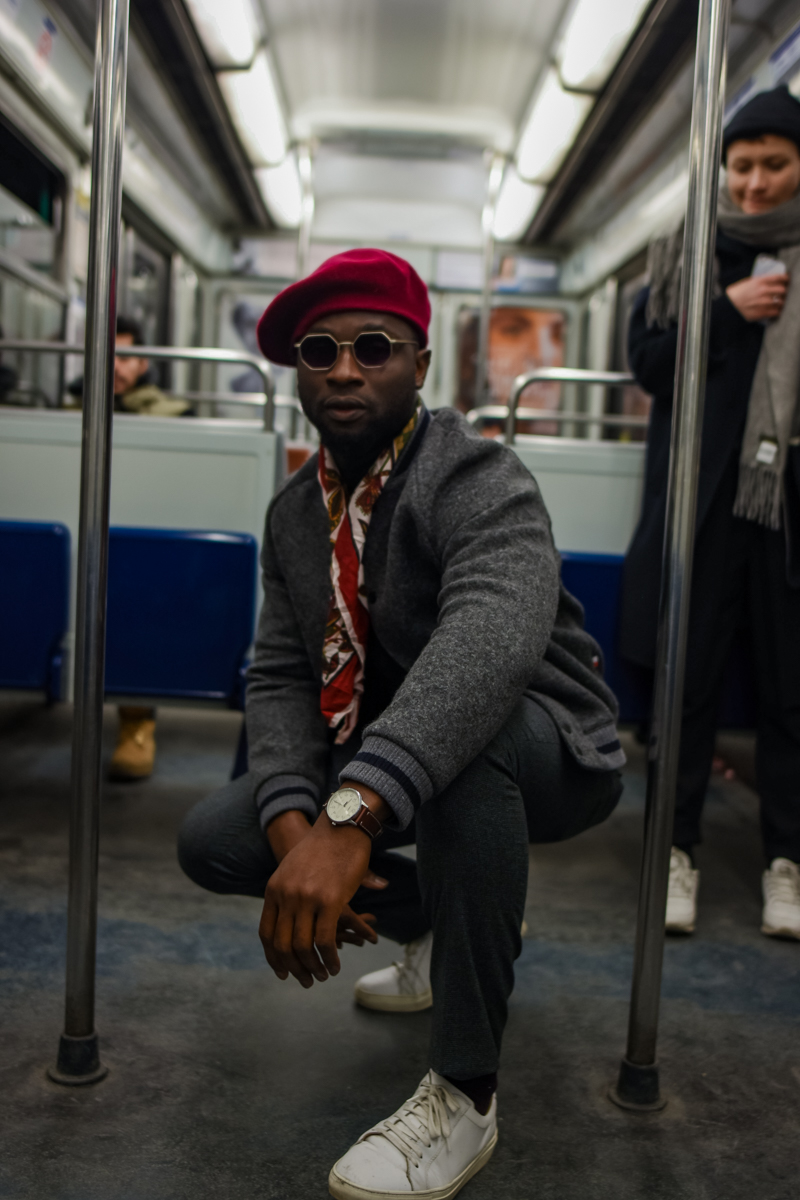 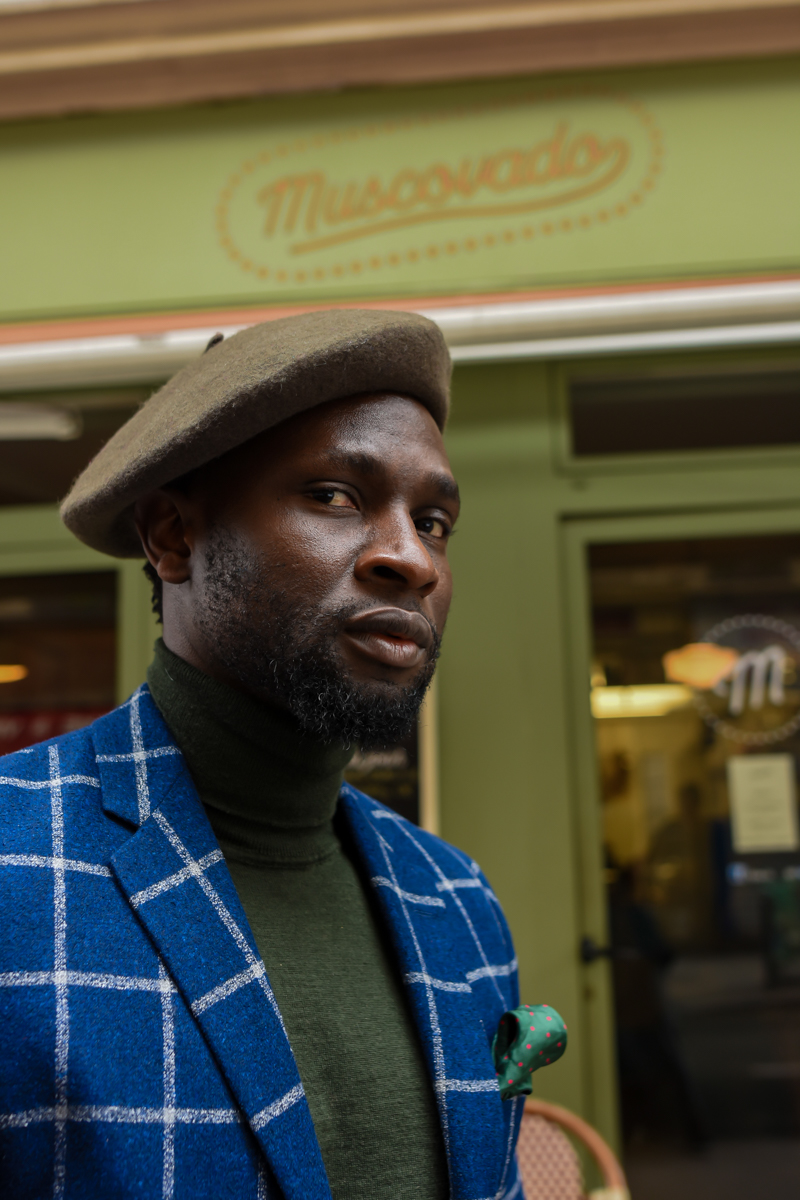 The second look is more akin to an artist in my opinion. Again, I wore my trusted military green rollneck jumper as a base. The grey trouser matching the grey windowpane patterns on my blue Duchamp Jacket. I wore white sneakers to give it a more relaxed feel. With green socks and green polka dot pocket square, I was keen to pay attention to the little details. This look was completed with the green Beret firmly rested on my head. 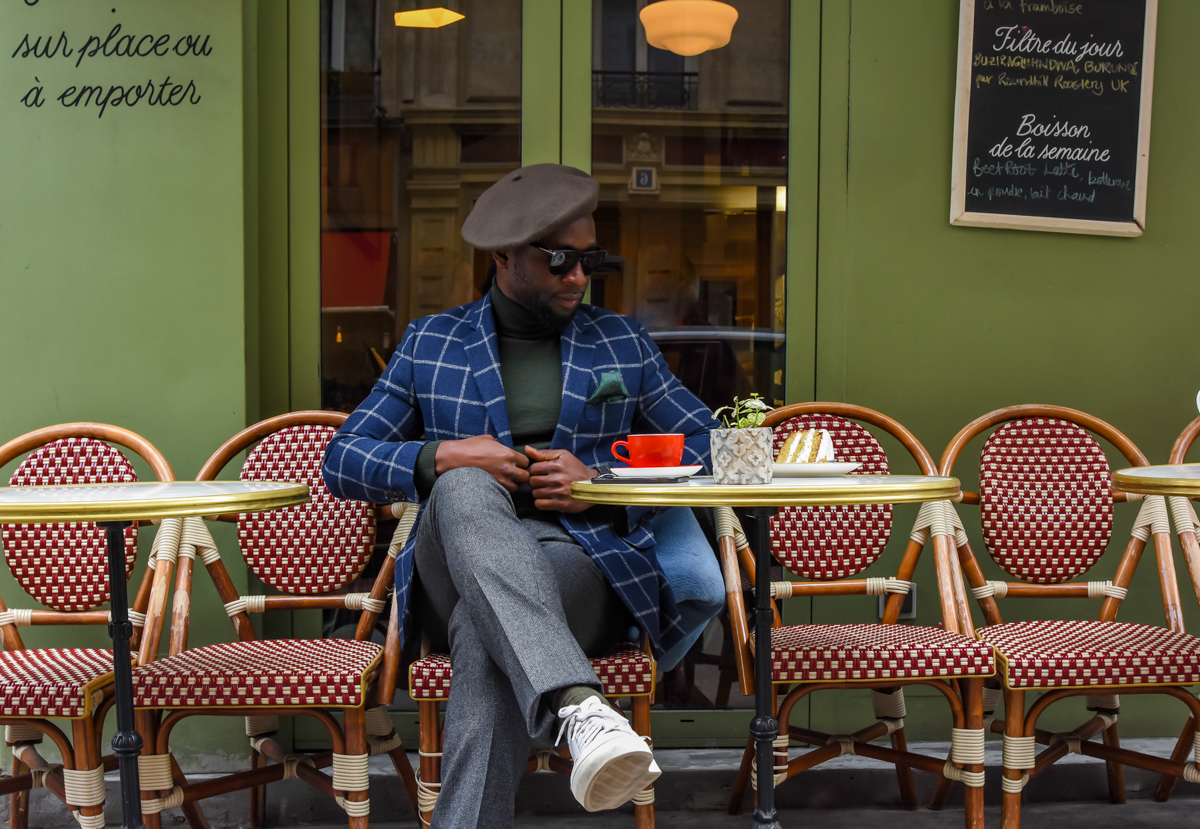 What do you think about the way I styled these Berets?

9 thoughts on “From peasant to stylish hat & everything in-between, a Beret’s journey | Cuts for Him”