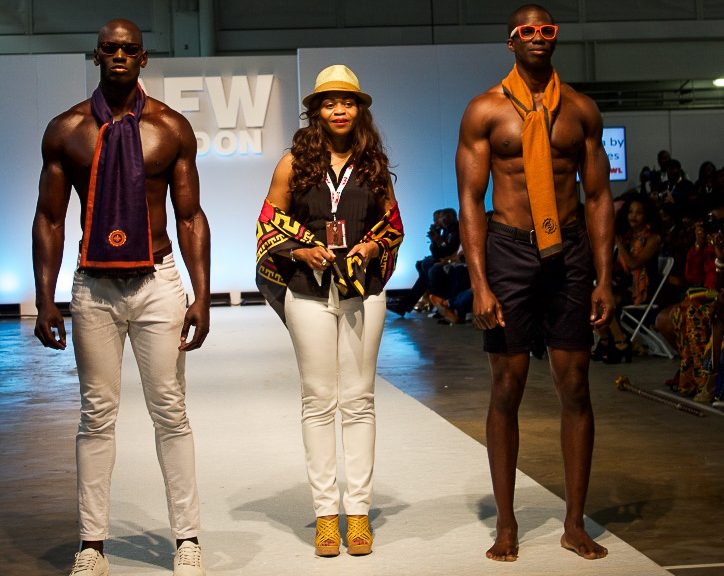 Africa Fashion Week London or AFWL has come a long way since its inception in 2011. This year’s event was held at the Olympia London on the 7th and 8th of August. It is another great example of how the African culture and lifestyle is influencing and taking roots in London as mentioned in my post August in Africa summer festival 15. AFWL is by a wide margin the largest catwalk event in Europe celebrating African styles and designs and has caught the attention of many even beyond Africa and Europe. The show has attracted over 300 hundred designers and more than 40, 000 visitors.

I personally have little reservations about a few designers’ commitment to pushing the art from being a dream to truly becoming an avant-garde were by the framework for future African fashion is laid. Up to the point of typing this post, my research laid bare, for the lack of web presence on some of the designers and exhibitors.
Living in a world where everything points towards digital, its surprising this minority have not tapped into this area to make themselves known.

Notwithstanding, collectively the runway shows for 2015 have been spectacular with many designers pushing the boundaries to widen the horizon of what is expected from an “African” themed fashion show.
It is no longer the case where Ankara and Kente dominates the catwalk to represent the entire continent.
For many years, designers have used these two fabric types to create what they saw as the embodiment of African fashion.
To my delight, this is no longer the case and even for those who use Ankara and Kente have done so in such clever ways as to show a different dimension to the art of designing.

A good example is Mary Martin London. Mary Martin showcased some beautiful pieces to include a Cecil the Lion inspired dress. “When I saw the lion on TV I was deeply shocked” said Martin as she was interviewed by the BBC world service. Martin spent many nights working on the dress in time for the show. Other designers who showcased beautiful pieces on the catwalk for the 6:30 show on Saturday were:

The organisers did a fantastic job to put this show together and i think it is going to get bigger and better in the coming years. I am already looking forward to AFWL16. As a men’s fashion and lifestyle blogger, i wish there were more men’s fashion designers out there. May be this is an area up and coming fashion enthusiasts need to look into.
Browse through the photos and let me know what you think by leaving a comment