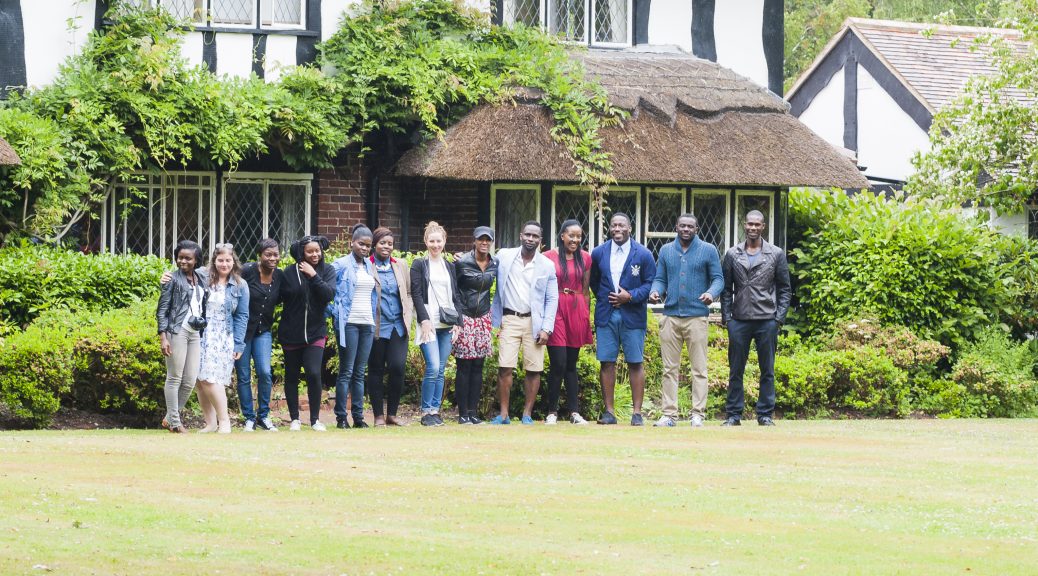 Lymington. Ever heard of an English town called Lymington? If you have, I must say that you are better travelled and better informed than I am. If not then you are in good company and bear with me while I put this post together. But before delving into details about Lymington, let me make a little confession by saying that I seldom visit the English countryside. Not that I do not want to but because I was of the mind-set that there are hundreds of countries and cities around the world that i’d rather visit first before exploring places closer to home. I used the past indicative word “was” above as this is no longer the case after my visit to Lymington. Thanks to a friend Oliver who put together an amazing weekend to Lymington for 21 people for his 30th birthday, I can now honestly say my interest in exploring the English countryside has been rekindled.

Sitting in one of the passenger seats of a 4×4 vehicle driven by the birthday boy himself on a Friday afternoon felt like forever in the London traffic. For a minute, I thought to myself it would have been much better to travel by rail rather than snaking through the streets of London already packed with vehicles, who like us, were leaving for the weekend. Soon enough, the temptation to coax myself to sleep (with only 2 hours sleep the previous night) crept into my thoughts but of course this would have been rude to the three other friends I was sharing the vehicle with. As we hit the highway toward Heathrow airport, my mind drifted again and I started counting the European cities I could reach with the amount of time spent driving to Lymington.

Paris, Rome, Barcelona, Prague, Florence, Lisbon, St Pertersburg all came to mind. Ok not St Petersburg but you get the point. My mind was everywhere but Lymington. As vivid imagination of what my next holiday should be like engulf my mind, Oliver interrupted my day dreaming to introduced us to a version of Charades he called Donkey. Not sure if the game itself is actually called donkey or just his way of insulting the loser who will be called donkey. #Sideeye. This lightened up the mood as we drove past beautiful landscape on both sides of the highway.

As laughter and jokes from the game filled the vehicle I got excited and started to look forward to the weekend.

The cottage, Silverland, is located within the New forest national park which means there are plenty of activities to do during our stay. After getting lost for about 15 minutes, we were greeted by the landlord who was waiting outside the property and ushered us in through an opened electronic gate that revealed a beautiful black and white 19th century English country cottage seated on 4 acres of land.

Imagine our delight and excitement. As Londoners, this was a welcomed change to the usual hustle and bustle of the city life. The thatched roof, wooden beams, leaded windows, inglenook fire place all gave the cottage an authentic period look, while the outdoor heated pool, treehouse and massive garden gave the property a modern functional twist. As we walked through the dark wooden front door it then occurred to me that I have never before been in an English cottage. Standing in the hallway, I noticed the spacious living room with cosy sofas to the right and on the left a door leading to the study. To my immediate right was the stairway decorated with African art leading up to the bedrooms, and just ahead was a door which I figured later lead to the kitchen. The kitchen is very spacious with two bay windows leading out into the garden. The interior décor vary from one room to another revealing art and wall hangings from countries around the world. Stepping out into the garden with a sizable swimming pool felt like I was stepping into a completely different world. The deafening quietness of the woods combined with the greenery of the garden and nearby bushes providing a perfect oasis of tranquillity. I could easily get used to this I muttered underneath my breath.

Lymington itself is a Georgian town located between Southampton and Bournemouth known internationally as a sailing resort. It has three marinas with a population of over 15,000 people. This coastal town is truly beautiful with so many outdoor activities to keep any visitor busy. North of Lymington is the ancient woodlands of New forest and to the south is the Solent. The Solent is a body of water that separate the Isle of Wight from the mainland.

Oh and yes, did I mention our trip to the Isle of Wight yet?

Our weekend away included a day trip to the Isle of Wight, which turned out to be one of my personal highlights of the entire trip. Listen, if you ever visit Lymington, I urge you to set aside time to visit this beauty. Better yet, make a trip solely for the Isle of Wight so you can experience what I am talking about. Everything was magical from the ferry cross to the walk along the Western Yar. The Western Yar is one of two yars on the Isle of Wight and the closest to Yarmouth harbour. The yar is so beautiful and tranquil and continue to reveal its treasures in the form of wildlife and natural beauty on each side of the foot tracks as we walked from the Yarmouth Bridge towards freshwater bay. The estuary is approximately 3.8 miles long so put on some comfortable shoes if you intend to walk the entire stretch.

Upon returning from the Isle of Wight, the smell of the barbeque, games in and around the swimming pool, music blaring from a playlist I made the previous night and sounds of happy chatters all underneath the stars of the night, the cottage yet again reveals another facet of its allure.

Needless to say that everyone was tired the following morning as we slowly filed into vehicles parked outside the cottage. It was time to return to busy and fast paced London. The cottage life has somehow come to an end. An end that seem to have come way too early.