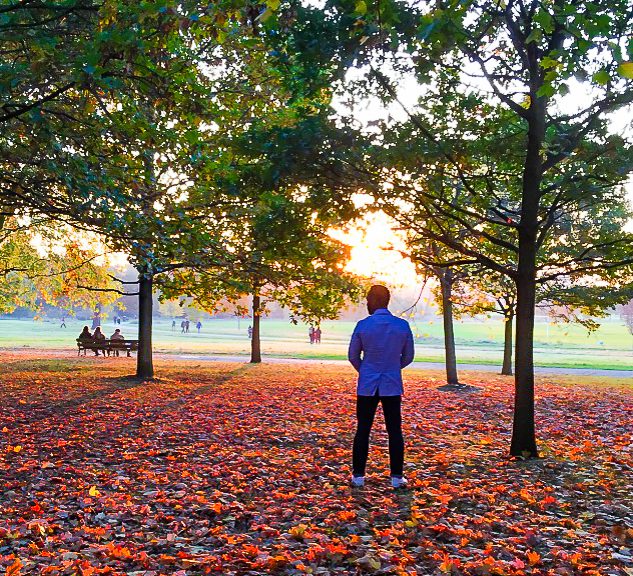 Ok this post is going to be super shot. And I don’t mean one of those posts in the past I promised to keep shot but ended up making long through describing how shot it was gonna be lol. 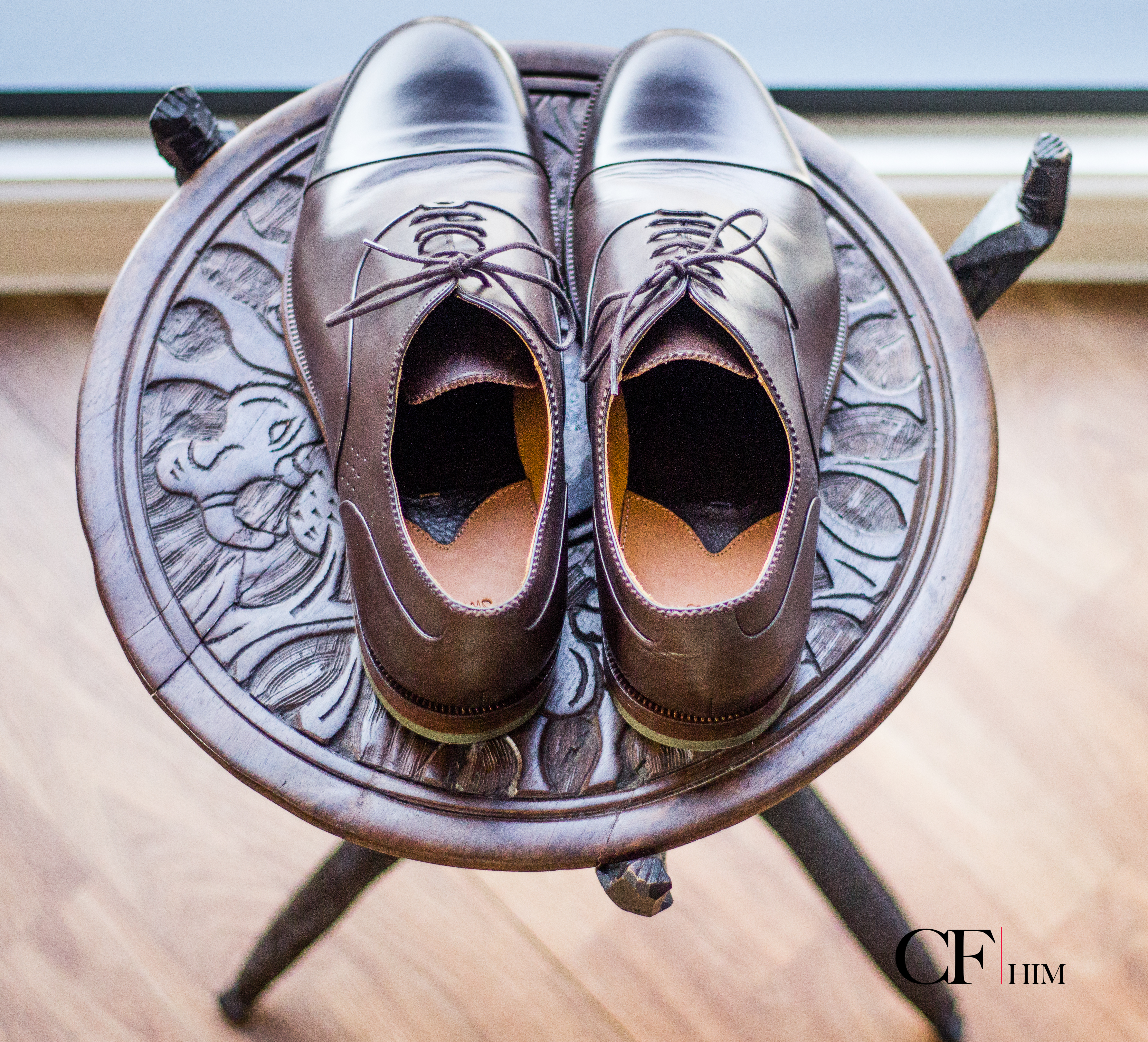 Anyone that know me in person knows that I absolutely love Paul Smith shoes. I mean Paul Smith is one of my favourite British designers so I guess it makes sense that I love his shoes. However, I did not realise I had this many shoes from Mr Smith until I added these beautiful derby into the collection. The last three receipts of shoes have all come from the same store, can you imagine? 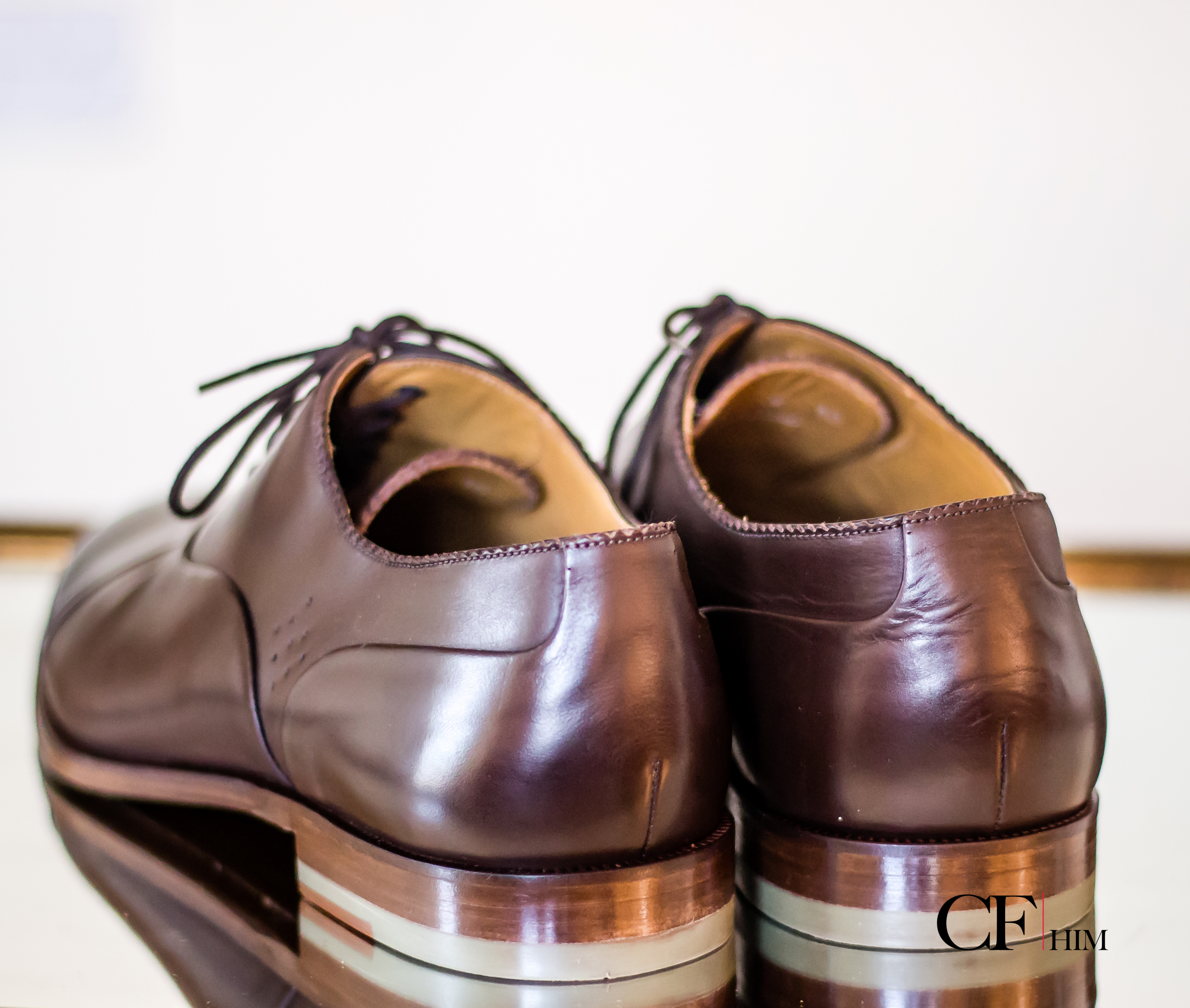 Slip-ons, tasselled loafers, boots, lace-ups, you name it I have them all. In my humble opinion, END_OF_DOCUMENT_TOKEN_TO_BE_REPLACED 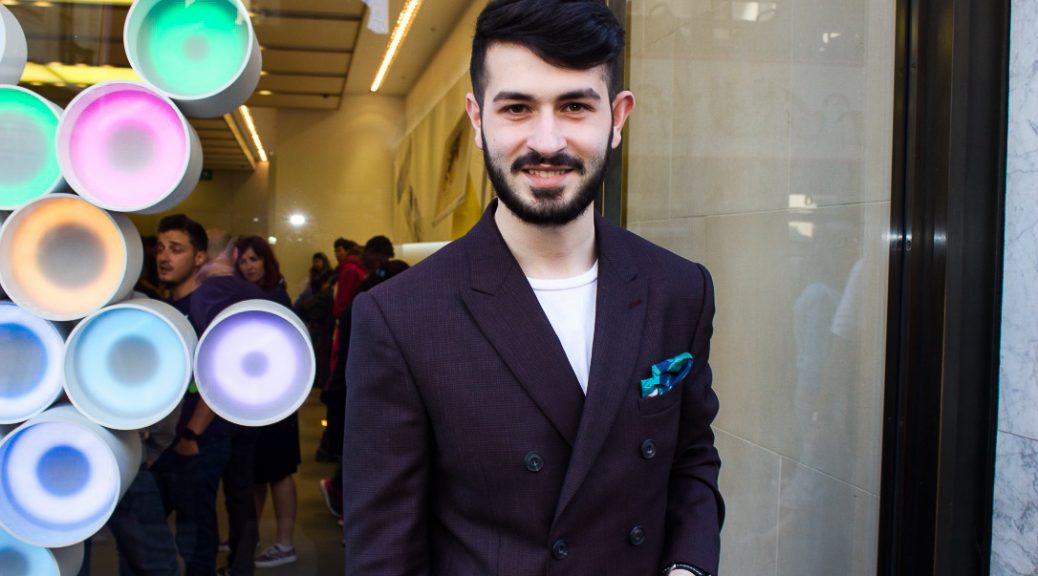 Friday is one day in the week which seems to bring a sigh of relief to many especially those who work Mondays to Fridays. Its means the weekend is finally here and we can afford to do the things we enjoy doing (with people we love) and when we want to do them. We can even put our feet up and do nothing at all if we so choose. Amazing isn’t it?

Friday is that one day we can actually walk into the office with a pair of chinos without raising eyebrows. But wait, there is a name for it and it’s “Casual Fridays”.

In the spirit of casual Friday, let me share a few looks on men I came across in London over the past three weeks or so. These looks fit perfectly into the work environment depending on what you do.

– The first look is by Sez, a look I’ve being channelling all summer. Blazer over shorts!

– Second is by David and here is what he wore.

– The third shows a couple of mates sitting in a park enjoy lunch. The honest truth is that I actually forgot to ask what they wore so you will have to forgive on the details and just enjoy the vibrance  of the summer  colours in the pictures.

Tell me what else would work well for “Casual Fridays” in the comment section below.

Have a wonderful weekend. 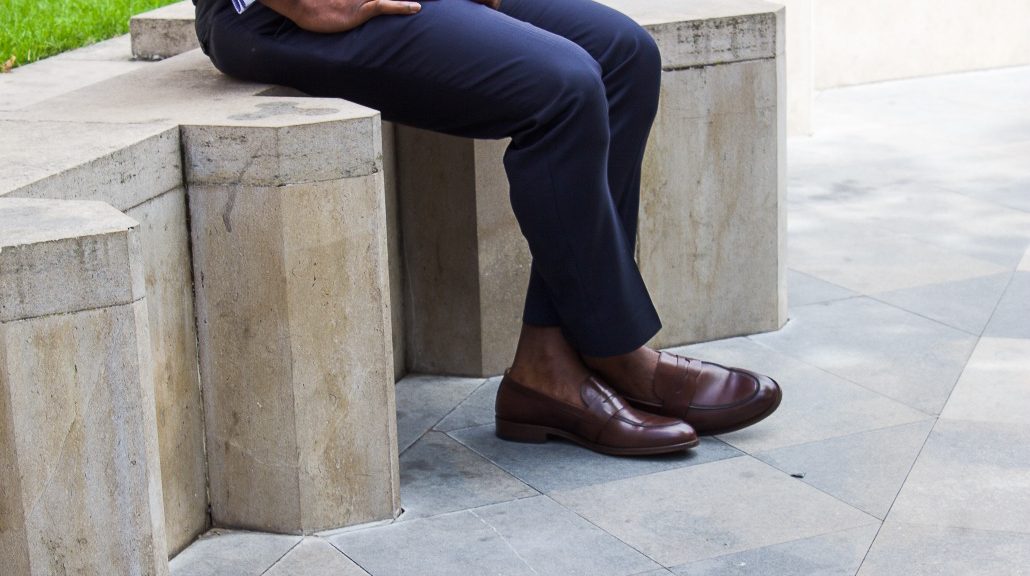 Before the summer ends, I thought I should put together a quick list of footwear every gentleman should be wearing right now. If you are here and are thinking you are going to see trainers/sneakers and the likes then I suggest you close your browser and walk away now. Simply put, you are in the wrong place. 5, 4, 3, 2……..1. By the way that was me counting. Are you still here? Phew, thank goodness you stayed. I appreciate that. Right let’s get straight into it.

One thing men sometimes find challenging when it comes to putting a look together is finding the right pair of footwear to go with the rest of the outfit especially during the summer months. I mean I have seen guys pulling all the stops from the right type of blazer to the right length of chinos only to look further down to discover a disappointing pair of footwear. Let’s be honest guys, we have it much easier than the ladies. For the most part, we don’t even have to worry about squished up toes or the prospect of walking on six inch heels. Do you agree? Please say yes otherwise I seriously worry about the kind of shoes you have been wearing. Errmmmm anyway as I was saying, we have it easy so really and truly there are two main things we need to consider when shopping for footwear for the season. Practicality and functionality in relation to the weather, in this case hot weather, and looks in relation to the rest of what you wear it with. With this in mind, here are my top 5 picks for this season. 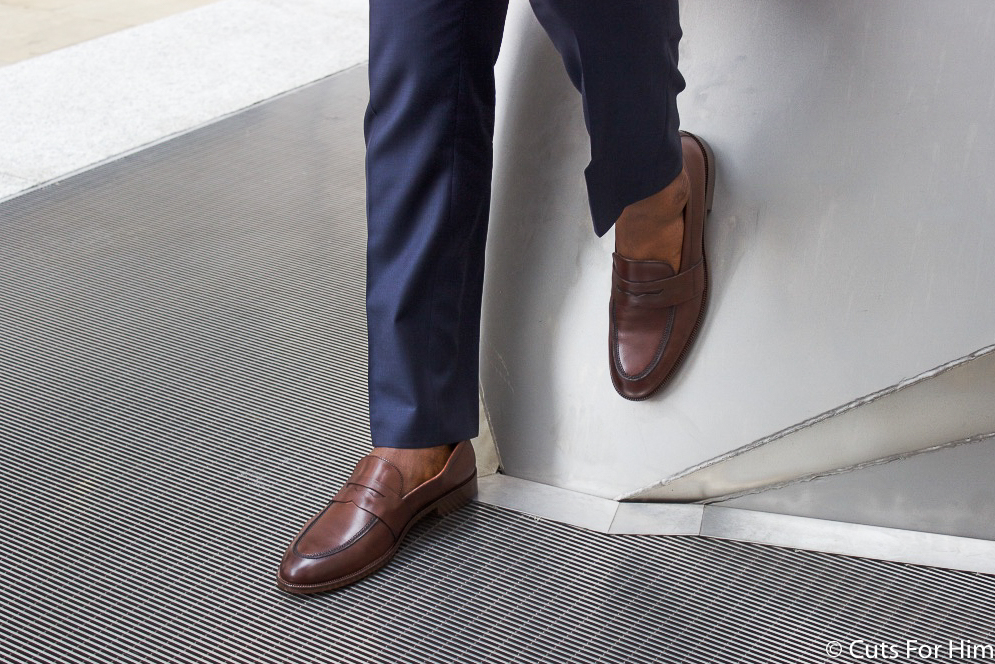 The fact that its summer does not mean you cannot or shouldn’t dress smart. These Penny Loafers from Tommy Hilfiger are perfect for the office and evening out afterwards. They are versatile enough to be worn sockless and classy enough for a night out requiring a tie. 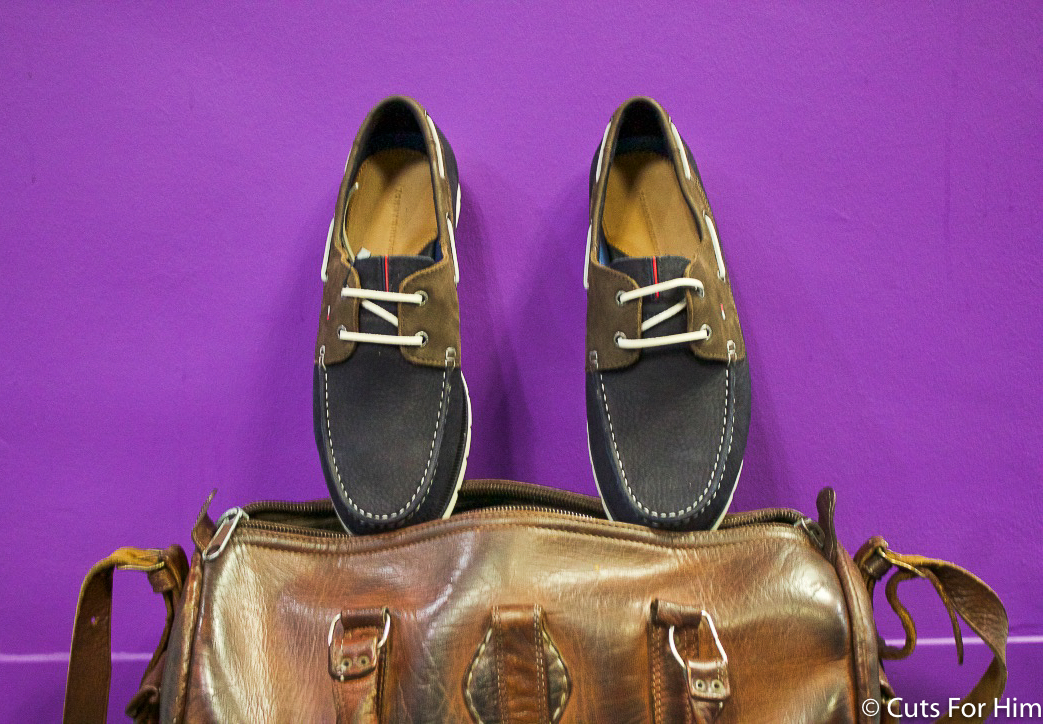 Boat shoes are a man’s best friend when it comes to pairing with chinos. No other footwear goes better with chinos. You can get these from Tommy Hilfiger. 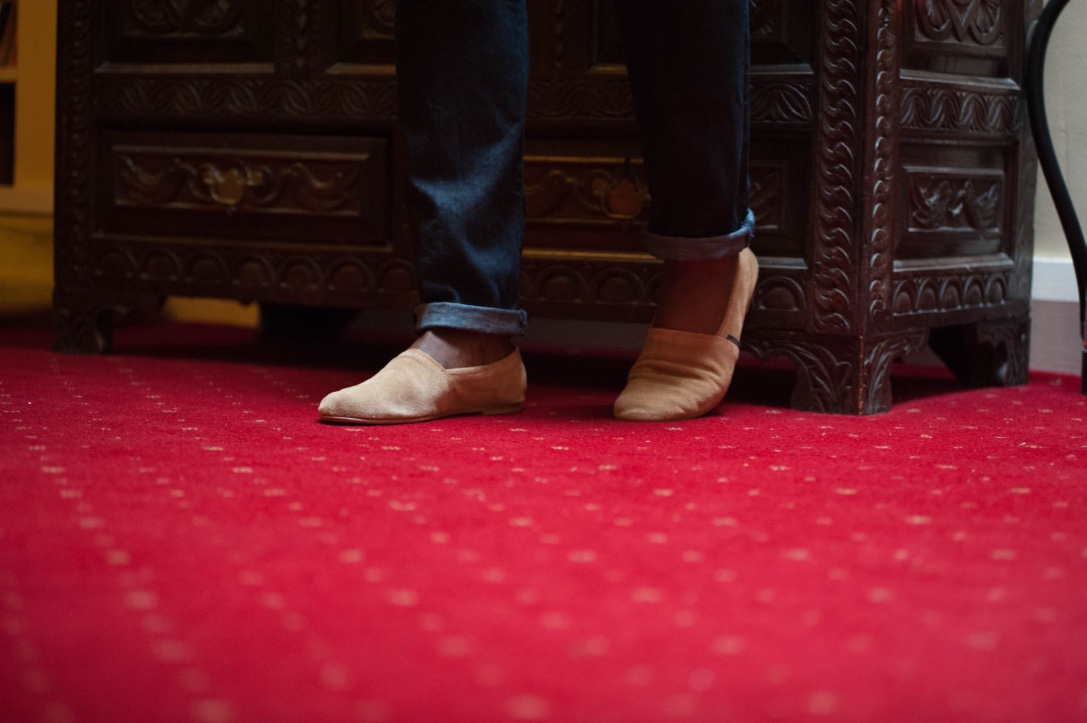 Some may refer to these as monkfish shoes but I’d rather just call them slip ons. These are very light weight and comfortable which means you shouldn’t miss your trainers/sneakers at all. I bought these last year from Russell and Bromley. 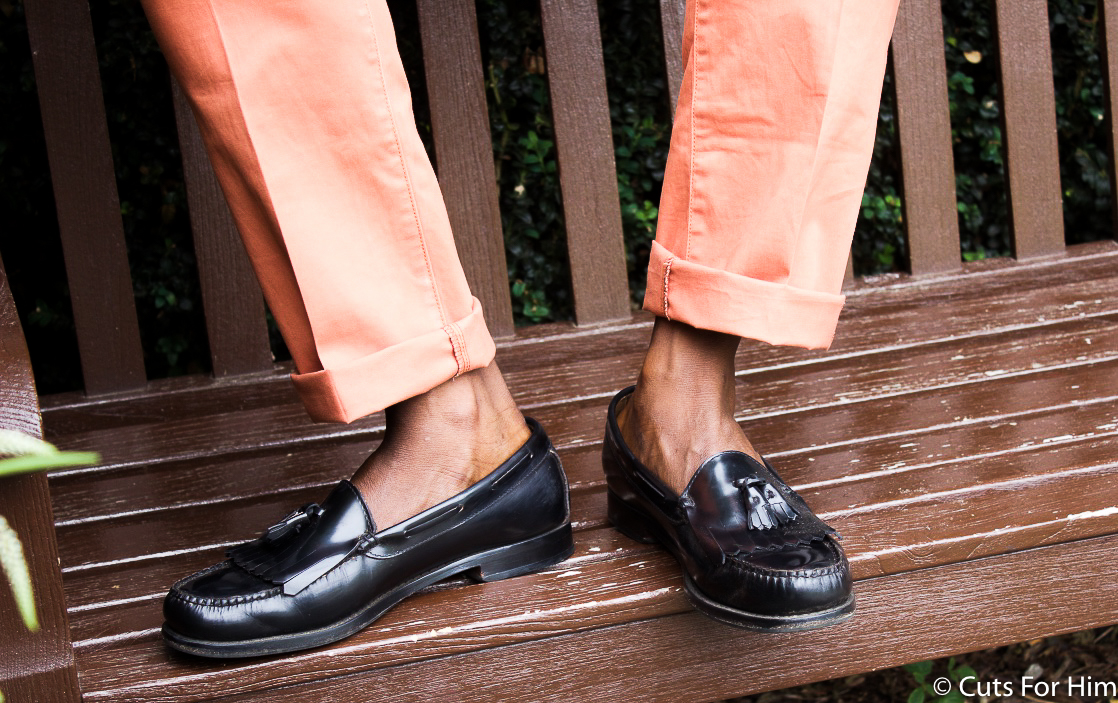 These black tasselled loafers made by Bass have served me very well. I get a complement every time I wear these and are one of my favourites. 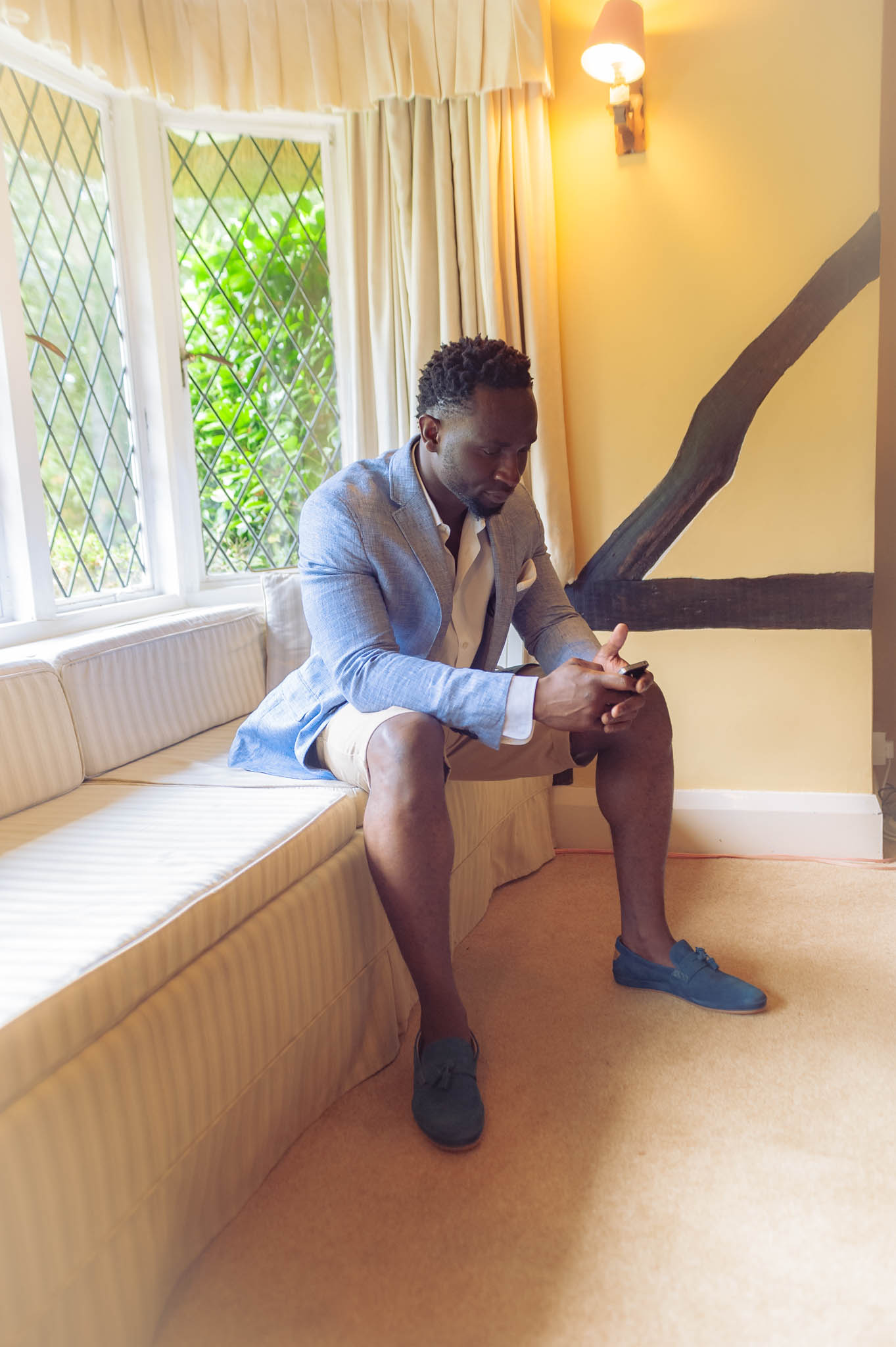 Suede shoes in general commands a sense of maturity from the wearer as they require extra care and attention for their upkeep. I went for a more casual option with these blue Northern cobblers. They are colourful enough for the season.

There you have it, my top 5 pick for the season. Leave a comment below if you disagree or want to add to the above.

Meanwhile, if you are interested in handcrafted shoes that will last you for a long time and get people talking for all the right reasons, then head over to gracill and get yourself a pair of these bad boys. Gracill is a growing shoe brand which means you satisfying their customers is very important. This company is headed by a friend of mine which means I can personally vouch for them. Check them out and see what you think. 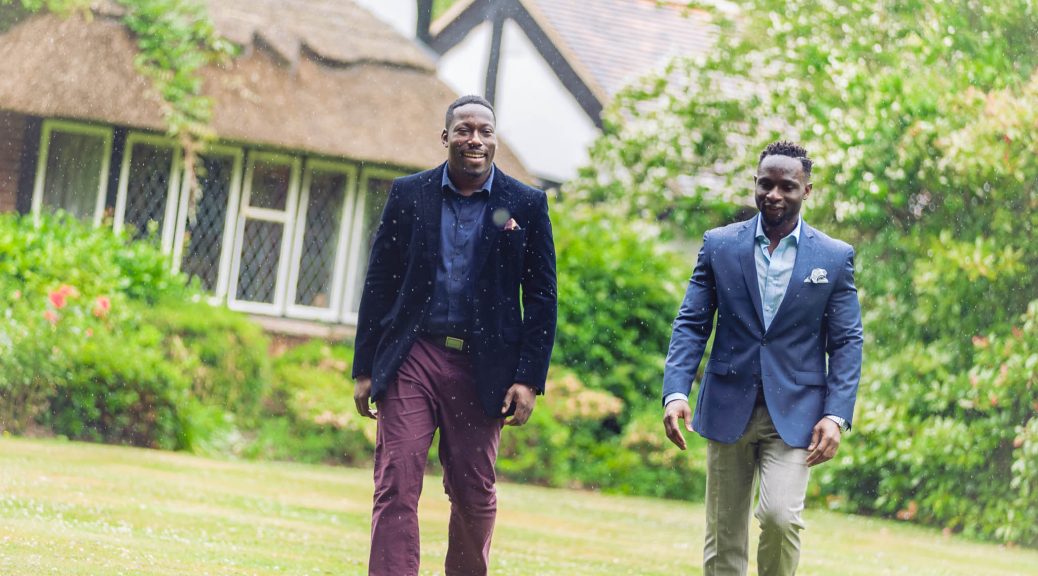 Ok not exactly a rainstorm but I’m sure you know what I mean.

They say the surest way of striking a successful conversation with a Brit is to start with the weather, preferably over a cup of tea. To certain extent, we are a bit obsessed with talking about the weather. Outsiders think we moan when it’s wet, when it’s hot, when it snows or even when the leaves fall. I mean it is true to a certain extent but for the most part, we just like talking about something that everyone can relate to and the weather fits perfectly.

Did you know 2012 was the second wettest year for Britain since records began? 2012 had an average rainfall of 1,330.7mm and only 6.6mm short of the record set in 2000. There you go, bet you did not know that did you? Thought you would appreciate a completely unrelated trivia. You are welcome! #Sideeye.

Anyway back to the issue at hand. Whiles the weather is completely out of our control, what we wear through the seasons is and that is where this post comes in.

Just because the heavenly precipitations aka rain has not yet completely relented does not mean you have to go through your wardrobe to dig out your raincoat or other heavy garment. It is true that the unpredictable weather can be cruel at times when you least expect it but let’s not panic just yet. I recon you can still look the part without wrapping yourself with too many layers.

I have put together a few photos of two looks that I think are versatile and practical for the season. A friend and brother Oliver Kumawu was kind enough to model with me to demonstrate these looks.

Oliver opted for a smart-casual look whiles I went for a more business friendly look.

There are three key ingredients to explore in both looks, which are as follows:

You have to have the blazer. The appropriate use of a blazer can easily transform a casual look into smart-casual, and smart-casual into smart. Every man should have at least three blazers in their wardrobes bearing in mind colours that are versatile.

Oliver opted for a velvet blazer which he pulls off very well. Velvet itself is a statement fabric that speaks volumes of the owner. Get it wrong and you would be sorry you ever considered it an option at all. But get it right and you‘re the man, literally. Wear one of these on a wet and cold day and you won’t need additional layers as the weave of the fabric is very close together restricting air flow which in turn keeps you warm.

I on the other hand wore the first half of a midnight blue wool blend suit. Because the jacket is contemporary and close cut at the shoulders and waist area, I am able to mix and play around with it with different combinations with relative ease.

Oliver wore a burgundy/redish pair of classic chinos whiles I went for a grey with a hint of brown lightly stripped pair of dress trouser.

I wore a pair of brown tasselled loafers whiles Oliver went for a pair of blue suede wingtip oxford lace up brogues which complement the colour of his shirt. The fact that his shoes are suede perfectly suits the texture of his velvet blazer.

Oh and the pocket squares gave both looks an extra dimension of suaveness.

So there you have it. Whiles we wait for summer to make a grand entry for 2015, we can still look the part for the remaining few days of the wet and slightly chilled weather.